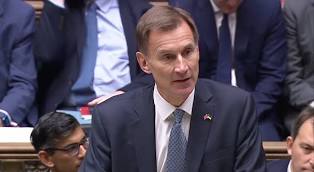 After the turmoil of the ‘Fiscal Event’ of 23rd September we were all hoping that there would be nothing in Jeremy Hunt’s Autumn Statement for the housing sector but in the end he had one or two things that are worth mentioning.

In September, former Chancellor Kwasi Kwarteng increased the point at which Stamp Duty is charged on property purchases from £125,000 to £250,000 for home movers.

But delivering his Autumn Statement today, Mr Hunt said he will “sunset the measure” from 31 March 2025.

The long-awaited Office for Budget Responsibility report has all the detail and makes depressing reading. They don’t have a great track record on house price forecasting but if you’re interested they expect prices to fall by 9% by the end of 2023. Just yesterday the Office for National Statistics confirmed that house prices had risen by 9.5% over the past 12 months. The OBR explain that the falls will largely be driven by higher mortgage rates and the wider economic downturn.

Average interest rates on outstanding mortgages they say will peak at 5% in the second half of 2024, its highest since 2008 and 1.8 percentage points above what it forecast in March. The average rate would then fall back to 4.6%.

Because of the relatively large share of fixed-rate mortgages, higher rates on new mortgages take time to feed through to higher average mortgage rates on the stock of debt.

As the economy recovers, house prices will rise slightly faster than nominal incomes from 2025, at 2.6 per cent a year, said the OBR, warning that uncertainty around this forecast was higher than usual.