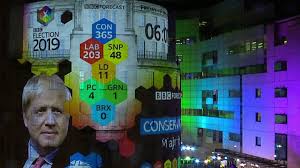 So, the country said “no” to a return to the ‘old’ Labour era of forty years ago and the Corbyn experiment has, let’s hope, been canned! The UK has presumably held it’s collective nose and voted for Boris Johnson and we now have five years of a Conservative Government. Stability for the housing market and some optimism as shares in estate agents and builders bounced in the hours following the result. London based estate agents have been quick to predict a return to the good old days with some of the more PR savvy immediately announcing some big deals. I’m not entirely sure we should be quite so quick to order champagne, I think there are one or two other issues that may restrain both buyers and sellers as we push on through into 2020.

The housing market doesn’t like uncertainty. Given a choice buyers often sit on their hands and wait for clarity rather than commit to what, for most, is their most expensive single purchase. We have the Election out of the way but we still have; Christmas, our departure from the EU at the end of January, a Budget in February, a return of The Beast from the East at some stage before Easter and the small matter of doing a trade deal with Europe that most experts think would take three years by this time next year! I’m not saying that any one of these ‘will’ depress the market or bear down on prices but people will be concerned that they might.

Death, debt and divorce will continue to drive the supply side in 2020 but how many buyers will be similarly driven? Some of course won’t want to keep their lives on hold, some will want to relocate or buy a bigger home but most, I suspect will want something in recognition of the risk that they will feel they are taking. For most this will be a discount on the price.

They may hope to get a 20-30% reduction but I think most will be happy with 5%. Sellers and their optimistic agents who, let’s remember only eat when they do deals will have little choice but to agree if they want to move on and many sellers should find that they make up the difference when it comes to what they buy. If you buy something in haste in January I suspect it may be worth up to 5% less next Christmas!

The latest data from HMRC and from ONS confirms that sales are holding up at around 85k a month across the country although in London they are about 30% below their long-term average. What many people may be surprised to learn is that according to Savills, the value of London homeowners’ properties went up by 72% on average in the past 10 years and across Britain by 34% but factor in inflation and they have fallen by 0.3%!

No, I think celebrations are premature. Whilst professionally I would love predictions of a return to boom times to be true I expect my buying clients will be more circumspect and will only commit if they are able to minimise the risk they feel they will be taking. Boris may be celebrating but I think the housing market may find 2020 to be more challenging than some expect.

‘My advice to anyone looking to move next year is to take your time, don’t rush and try and use the uncertainty to get yourself a great deal on a home you can live in for 10 to 15 years rather than expecting to move on in five.’