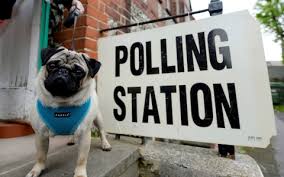 Despite a rule that we would only have to vote every five years Boris Johnson has decided to call a General Election on December 12th – to unblock Parliament and to ‘Get Brexit Done’. The fact that this refers just to our notice to leave and that we will then have at least a year trying to renegotiate all the agreements we have just ripped up seems to be considered a walk in the park but I fear that the ‘implementation phase’ will be even harder than drafting the divorce agreement has been!

So, whilst the housing market hates uncertainty we now have the Election, a Budget presumably to follow, Christmas, the weather be that floods or a return of The Beast from the East and then, conceivably, Brexit all by the end of January! Any one of these would usually freeze the market. Any one of these would make buyers sit on their hands and wait. We have up to five interruption events any one of which will impact on buyer enthusiasm, sellers expectations or on the smooth operation of the market. Any one of which could impact on values or rents over the next year or however long the next Parliament lasts.

Latest transaction numbers from HMRC and from Land Registry both indicate that whilst sale volumes across the UK are holding up – nearly 100,000 homes sold last month which is spot on the long term average in London sales are 30% lower and you can see the panic in some agents eyes as they start to work out the implications.

For buyers however, whilst choice is also limited we are starting to uncover some opportunities. Death, debt and divorce drive the sales supply and none of these will wait for Boris. Tax bills have to be paid. the Grim Reaper still harvests his regular numbers and sadly the New Year is often when couples give up on relationships. These sellers have to sell in a way that few buyers must do likewise. There are still some sellers who still refuse to accept that the market has changed and of course there are some that are rich enough that they don’t have to but 60% of offers I’m making are being accepted, often with the help of a hungry estate agent who only eats if they can get their client to agree.

What are the parties proposing? Well, Labour want to build 100k new council houses and 50k ‘genuinely affordable homes’, the Conservatives have measure to help first time buyers with life-time fixed rate mortgages and a commitment to build 1m new homes over the next five years. The LibDems want to link Stamp Duty to Energy Efficiency and to build 300k homes a year by 2024 including 100k social homes.

This election looks likely to be about building homes for those unable to afford to buy or rent homes, a return to building social housing which hasn’t really been done since Mrs Thatcher stopped and introduced Right to Buy the first time. What will all these policies mean for prices, rents, for the cost of home ownership or where new homes might be built? We’ve got three weeks to work it out!

2019-11-21
Previous Post: A busy Autumn
Next Post: Gap between asking and sale price narrows.
Corona Clinic - Free 30 minute chat via Skype/FaceTime/Zoom or phone for anyone thinking of buying or selling, letting or renting during the Pandemic. See 'services' for more details or send an email to book a time. 😷