Foreign buyers could be hit with more stamp duty 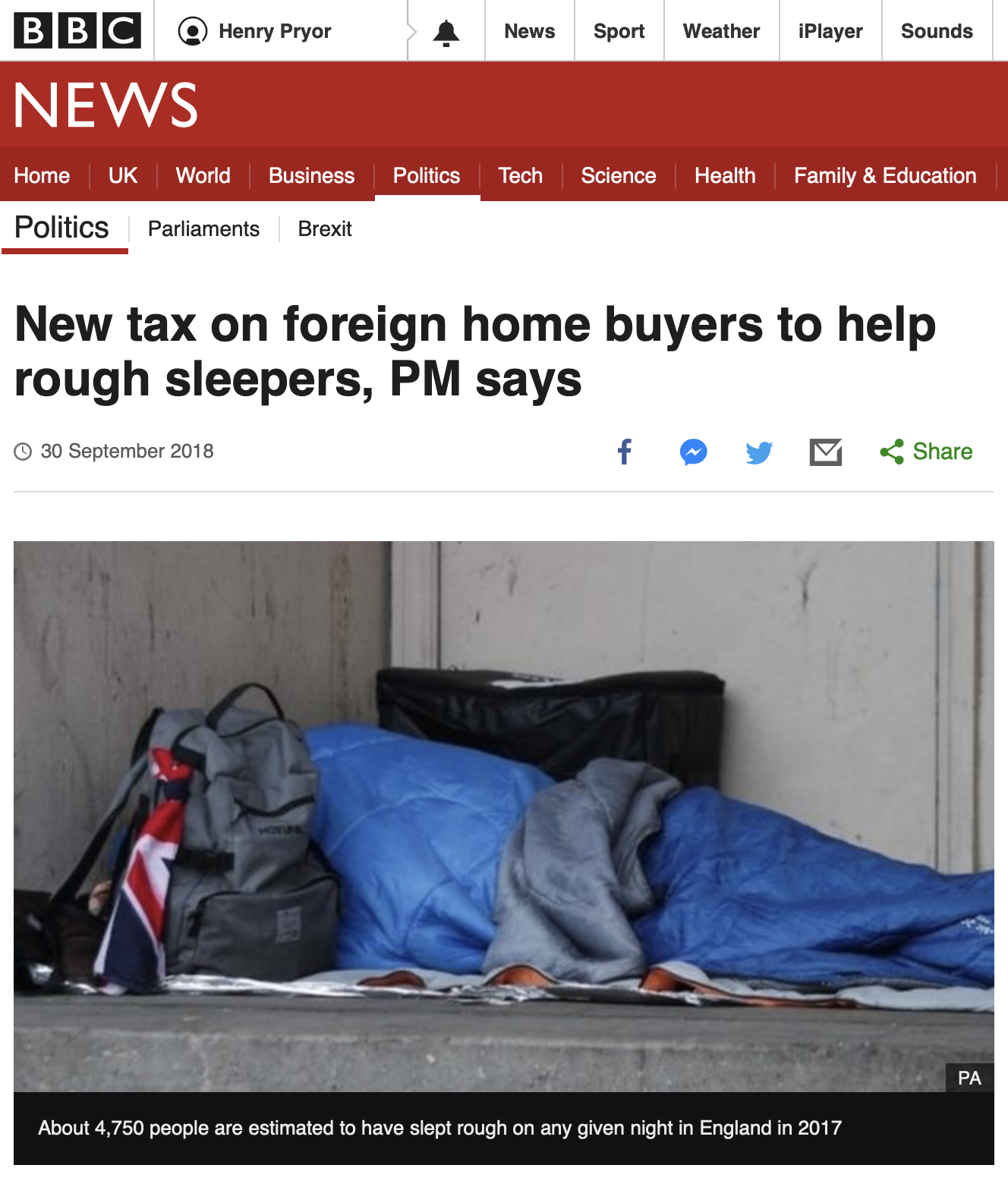 First announced at the Tory party conference last September foreign buyers who speculate or just buy a property in the UK could be forced to pay a higher stamp duty rate of 1% under government proposals. Theresa May will launch a consultation this week on an extra level of tax for non-UK residents and companies who buy homes in Britain.

As has been the case with other changes introduced over recent years to Stamp Duty at the higher end, I expect that affected buyers will just offer less to sellers leading to a further downward pressure on prices and to transaction volumes.

There is concern that first-time buyers are being priced out of the market in parts of the UK, especially London and the southeast, partly because of foreign speculators driving up the cost of housing. Personally I’m unconvinced & in any event, putting the cost of our national homelessness embarrassment onto the toes of foreigners is shabby dog-whistle style politics. More ‘blame those bloody foreigners’ rhetoric.

The revenue generated from extra duty, estimated to be up to £120 million a year, will also be used to address the problem of homelessness.

Buyers who have spent less than six of the past 12 months living in the UK will have to pay the higher levy.

Stamp duty starts at 2 per cent on the portion of a home valued at between £125,001 and £250,000 and rises to 12 per cent on any sum over £1.5 million. Rates for those buying homes additional to their main home (anywhere in the world) pay a 3 per cent surcharge.

Research by York University estimated that 13 per cent of new London homes were bought by non-UK residents between 2014 and 2016. A King’s College London study estimated that a 1 per cent rise in the volume of homes sold to overseas companies had added 2.1 per cent to house prices.

Mrs May pledged to make foreign homeowners pay more at last year’s Conservative Party conference. She said: “It cannot be right that it is as easy for individuals who don’t live in the UK and don’t pay taxes here, as well as foreign-based companies, to buy homes as it is for hard-working British residents.”

Stamp duty receipts fell nearly £1 billion last year after 2014 reforms to shift more of the tax burden on to expensive homes. About £100 million of the shortfall was caused by a seizure at the top of the property market, although there was a general slowdown across the whole market. It was the first fall in the amount collected from residential stamp duty in three years.