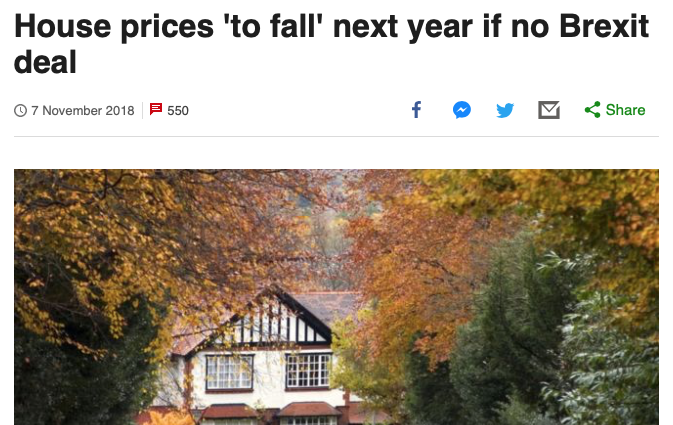 Buying a new home has the reputation for being as much fun as bereavement or relationship breakdown. Having to deal with huge amounts of money, people letting you down, having to do much of the work yourself and the nagging worry of Brexit or of a Corbyn-led government makes many people consider renting or just staying put. But courage, there is a market and for many people it may be the best market we’ve had for years.

Make no mistake, selling at present isn’t easy. Put your home on the market today and you have a 14% chance of selling it by Christmas and still only a 50:50 chance if you leave it on the market until Christmas next year! If you search for £1m+ listing on Rightmove today it will return 13k in London and 23k across the whole of the UK. The latest numbers we have for sales in October of £1m+ homes in London is 240 and across the country less than 400! That’s how hard it is.

However, there is a market and what impacts on your sale will also effect the home you come to buy. Last month, 100k homes sold in total across the UK, less than sold in October 2007 (125,000 if you want to know) but exactly the long term average since. If you get properly prepared, get the money together, a mortgage agreement in principal if you need to borrow, retain a solicitor who will open a file for you and if you can find a good looking, amusing and good value buying agent you may find the buying experience is actually enjoyable! 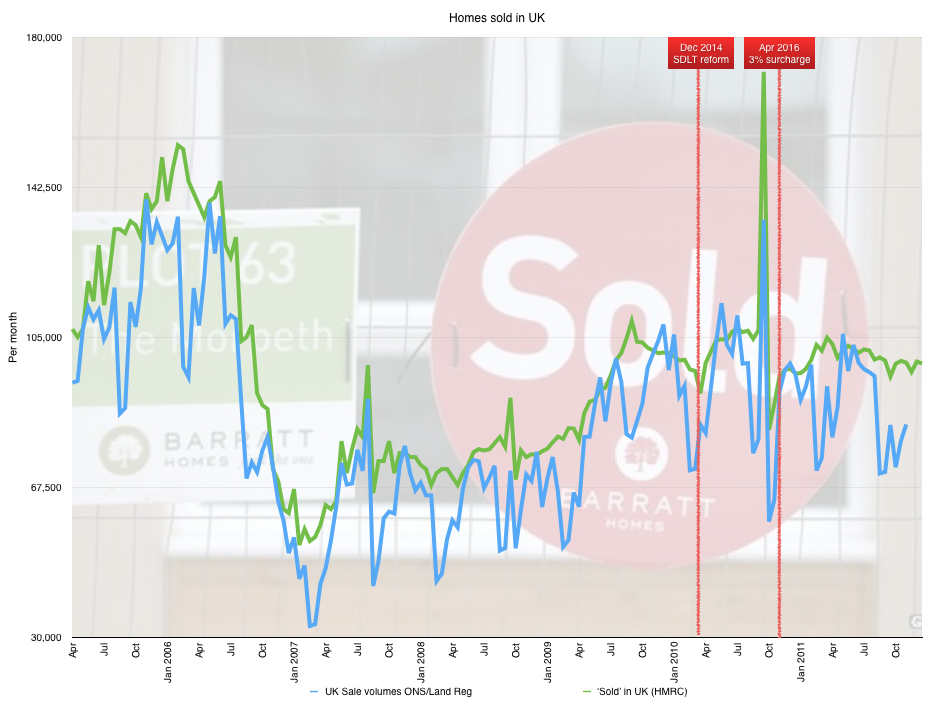 Such is the level of uncertainty at present that I think it’s quite likely that you may even jump a rung on the housing ladder and bag yourself something that would usually be out of reach. 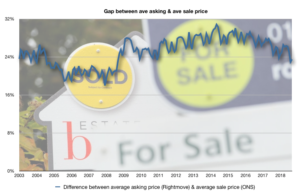 In the first quarter of next year there will still be people who ‘have’ to sell;- the three ‘D’s’ Death, Divorce and Debt will continue to drive the supply side but in the run up to March 29th who ‘must’ buy? Those that will I think will only do so if they feel they are getting a bargain or at least a discount for the perceived risk that they think they are taking. Like all markets house prices are determined by the figures at which the deals are done. Asking prices aren’t house prices although they are a useful guide to greed or optimism.

The gap between the average asking price reported by Rightmove & the average sale price published by the ONS is currently 24%! 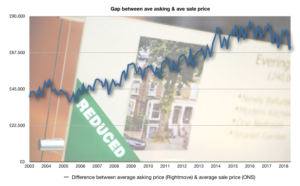 By the time the deals show up in the House Price Indices it will be Spring and it will look like house prices are falling since the only sales done in Q1 will have been at discounted prices. I don’t think prices will crash but it may be 12 months before we see stability return. For those who like a forecast I think house prices will end 2019 down 4%.

Meanwhile, those prepared to commit and buy a home can expect to be able to negotiate hard & some will bag a bargain. Last week two clients exchanged contracts on properties they had waited for. One completed at the same time. Both had been beaten initially by other bidders who then failed to perform. In both case the sellers came creeping back to see if we were still interested. We were, at our price and on our terms.

So, don’t worry about what might happen next year. If you can get yourself ready then you may find that you have the market to yourself. If you find the home of your dreams then the chances are you will be able to negotiate a seriously good deal.