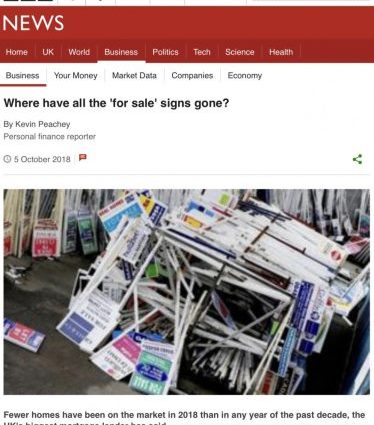 Nothing to see here?

The Halifax (part of Lloyds Banking Group) have declared a drought – “Fewer homes have been on the market in 2018 than in any year of the past decade”, the UK’s biggest mortgage lender has said but is this the whole story and does it matter?

As I often remind people, always look at whose data is being used or quoted in a news story about the housing market. If your business is based on people buying or selling, letting or renting homes then usually what you want is more volume rather than higher values. Lenders, estate agents, removal firms, painters, decorators, printers of change of address cards… all want more people to move.

I track the number of homes being advertised on websites like Rightmove and it’s true that at around 545,000 there are fewer homes for sale today than there were say a decade ago but last month 100,000 homes sold – spot on the long-term average over the past 15 years. 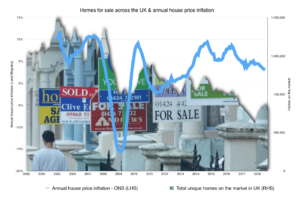 According to estate agents themselves the average agent has 40 properties for sale but last month sold just 9. If you put your property up for sale today, given the number of homes selling, the supply of new homes coming onto the market and the current stock of over half a million for sale you still only have a 14% chance of finding a buyer in the first month and a 59% chance of selling it if you leave it on the market for the next year!

There may be other reasons why the numbers seem to be falling. 40% of what I buy isn’t on the open market, isn’t in estate agents windows or on the internet. More and more people don’t want to leave a digital foot print, don’t want Google to index their home, photographs, floor plan, furniture let alone their asking price for eternity for all to see. That’s why I encourage people to register with estate agents who often know of properties that could be bought. What I refer to as ‘deals in their bottom draw’. 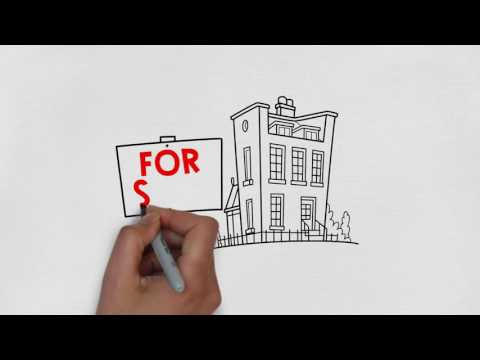 There’s also talk of more expensive homes selling up because of a fear of a Corbyn-led Labour Government. My experience to date is that many of these sales are being offered ‘off-market’ rather than via a more public listing. If we do see a marked exodus and I’m not sure we will either because of Brexit or for basic political reasons then you’ll need to either register with estate agents or get some help from a buying agent.

There may be less choice for those too lazy to look anywhere other than online and there may be difficult days ahead for agents who only know how to slap their instructions on a website but then if everyone could buy or sell a property like they could two years ago then any idiot would still be doing it!