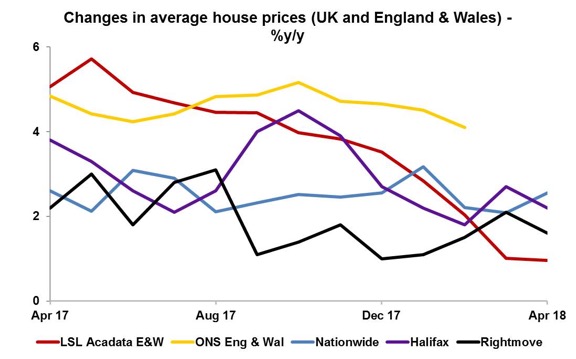 It’s not easy to take the temperature of the UK housing market. For starters the ‘average’ house price is pretty useless in a market that varies from Parish to Parish. What is happening to prices in Mayfair isn’t really that relevant or connected to what might be happening in mid-Wales. Each of the monthly indices measures a slightly different basket of properties and at different times in the selling process too so it’s usually best to look at the trend of each rather than absolute amounts. Some surveys are just a collection of gut instincts which whilst interesting to those curious about market sentiment don’t necessarily tell you how saleable or lettable your own property might be.

Remember too that nobody would instruct a depressed estate agent. No one wants to borrow money from a mortgage lender who observes as you’re signing the application form that their analysts think interest rates are about to quadruple! Next time you read or hear something about the housing market look at who is being quoted. What are they selling? One of the reasons I get the absurd amount of airtime that I am given is because if I observe that the market is tougher or that prices are sliding my mobile doesn’t melt under the volume of emails from disgruntled clients as I walk out of the radio studio.

The latest updates are in and we get a flavour of what is happening to asking prices, sale prices and to transaction volumes.

Rightmove records the asking price of new listings over the previous month, over 100,000 each time but they include the 50% of homes that don’t sell. I regard asking prices as an indication of the owners greed or of the estate agents enthusiasm to get the business so an average of this optimism – half of which is irrelevant since it doesn’t sell isn’t a great guide to values whatever some newspapers might tell you.

Average ASKING prices are 26% (or £80,000) higher than average sale or deal prices. Rightmove recorded average asking prices across the UK pretty much unchanged, up 1.1% over the past year which is still 33% higher than their pre-Credit Crunch high reached in April 2008.

The Office for National Statistics recorded average SALE prices 4.2% higher than a year ago and 18% above their peak in September 2007. But house prices don’t always go up – in London they have fallen back as I predicted and in Northern Ireland they are still just half what they were a decade ago. 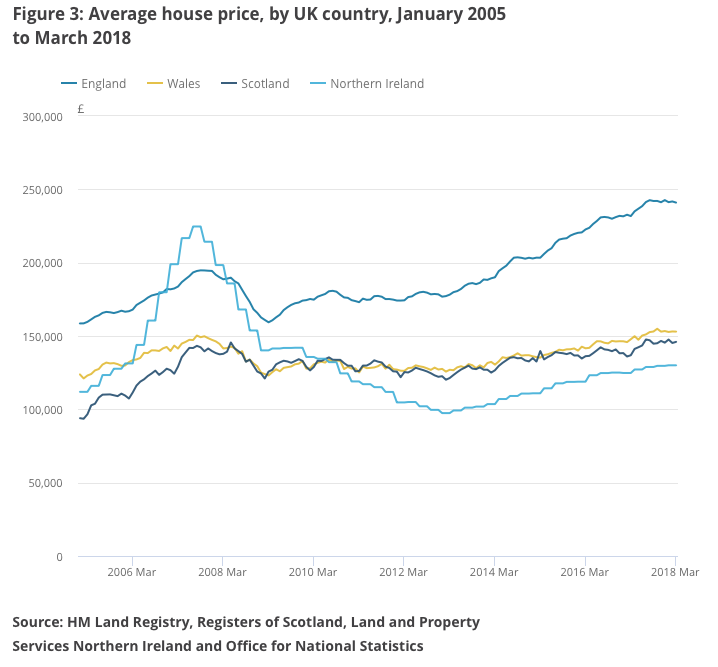 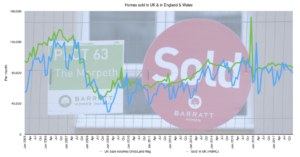 But there is still a market! 100,000 homes sold last month according to both HMRC and the ONS, smack on the long-term average. However, as with prices there are some big regional differences with transaction volumes in London down by as much as 25% on the year earlier. Looking at the raw data the fall in sales in the Capital has been a trend over the past four years.

London home prices, which almost doubled over the past decade, will probably fall over the next three years, according to a survey of seven economists by Bloomberg News.

Values will decline by up to 10 percent over the period, according to five of the respondents. Two said they would remain unchanged and none of those who replied foresee gains. The results tally with research by Hometrack, a valuer used by 17 of the top 20 U.K. lenders, which expects prices to fall further over the next 24 months as affordability and economic and political uncertainty stemming from Brexit weigh on demand

Research by the BBC Business Unit has looked at the rise of £1m+ sales across the country. Remember, once you factor in inflation 53% of ALL homes are actually worth less than they were a decade ago. The rise in the number of expensive homes has been most dramatically seen in East Anglia. A great time to have been an estate agent. 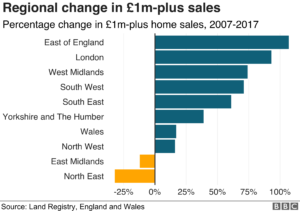 Where might things go from here? Well, clearly selling today is much harder than buying something. I expect this trend to continue through the second half of the year with the market stiffening in Q4 this year and Q1 next year ahead of our actual divorce on March 29th. There may be nothing to worry about but how many people are going to make what for most will be their most expensive purchase ahead of Brexit and not feel that it may be better to put it off until June 2019? Death, debt and divorce will continue to drive the supply side in the meantime so anyone brave enough to buy later this year I think will find they have the market to themselves. Estate agents will send limo’s if you want to view one of their properties. They will offer their first born if you want to actually make an offer!

According to estate agents themselves in March the average estate agency had 309 buyers registered, 40 homes for sale & sold just 8! They admit that 86% sold for less than the asking price. If you put your house on the market today then statistically you have a 13% chance of selling it in the next month and just a 45% chance if you leave it on the market for the next year. That’s how hard this market is.

If you’re looking to sell then get a good agent and reward them if they do what you ask of them. If you’re buying at the same time then remember that all that really matters is the gap between what you sell for and what you have to pay for the next home. If you take 10% less on your sale then you will ought to be able to negotiate 10% off what you want to buy. If you can’t then perhaps you want the services of a buying agent? 😀 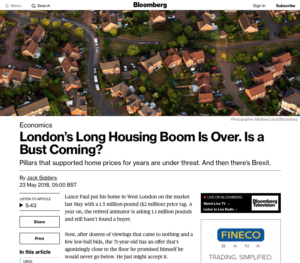