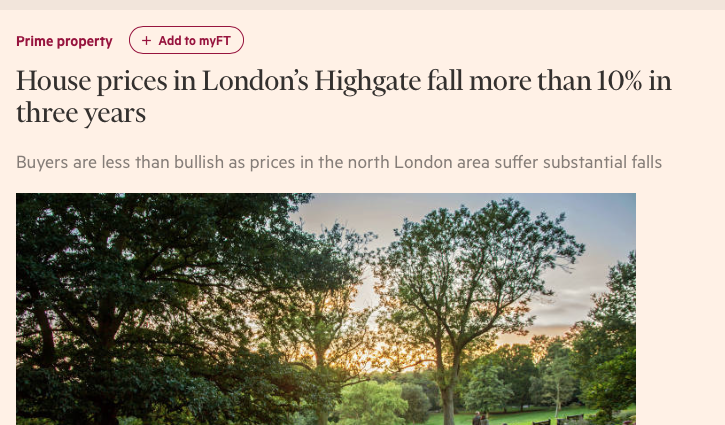 Sell in May and go away

There is an old Stock Market adage – “sell in May and go away”. Historically the market slipped away over the summer with share prices coming back in September. Despite early optimism the housing market has not sprung into action with blame being heaped on everything from The Beast from the East to Brexit Blues. There is a market, the latest transaction data from both HMRC and from the Office for National Statistics confirm that whilst the total slipped slightly last month 93,000 homes sold across the UK which is the long-term monthly average since I started collecting the data back in 2004. However, in London just 6,500 homes sold in December, that’s 25% fewer than in December 2016. A report from Coutts Bank this week paints a pretty miserable picture of the Capitals housing market and I fear it will get worse before it gets better.

Uncertainty is a killer for buyer confidence and I expect that as we head towards our actual divorce from Europe in March next year buyer enthusiasm on Q4 this year and in Q1 next year will wane with many people putting off their purchase until the dust settles in June 2019. There may be no rational fear but just like New Years Eve in December 1999 people will worry about what might happen. Will my microwave stop working? Will planes fall from the sky? Unlikely but would you bet the house on it?

There will be just as many people having to sell. Death, debt and divorce will continue to drive the sales side but I don’t expect to face a lot of competition when I am looking for clients in the run up to 29th March 2019. I expect my clients to have a pretty open field and to be able to bid aggressively as a result.

For those thinking of selling up in the next year my advice would be to get on with it. We have already seen prices slide in many parts of the Capital and frustrated agents and sellers in other parts of the South East. The regular house price reports aren’t yet showing the real pain as they are compute ‘national averages’ taken from the UK’s patchwork quilt of individual markets and in places like Manchester the house party is still in full swing. I am already seeing people struggling not just to get their price but to sell at all. I have worked through three property recessions and this market has an unpleasant and slightly scary familiarity about it. Good news for those with the confidence to buy but remember, tomorrows average house prices are based on what you pay today not what someone else paid yesterday.