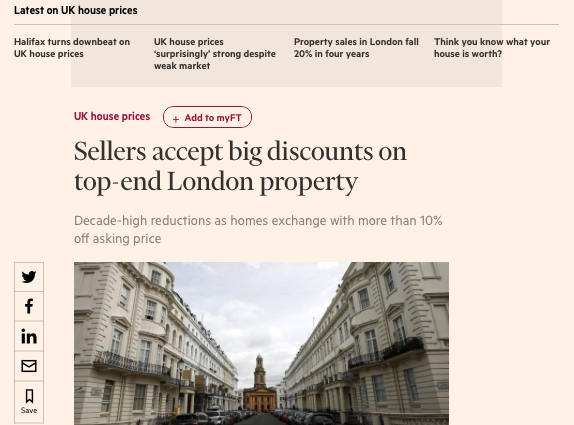 An article in the FT today might be of interest to anyone concerned about the present market – in central London at least. It’s behind their paywall so I am reluctant to reproduce it here but would encourage you to subscribe if you don’t already.

Of particular note is the paragraph that says “In 2017 homes in the most exclusive postcodes were sold at an average discount of 10 per cent or more on their initial asking price, according to figures from LonRes, a research company.”

My old friend and selling agent Charles McDowell says “There are deals being done — quite big-ticket deals — but this is certainly a market where buyers perceive value.”