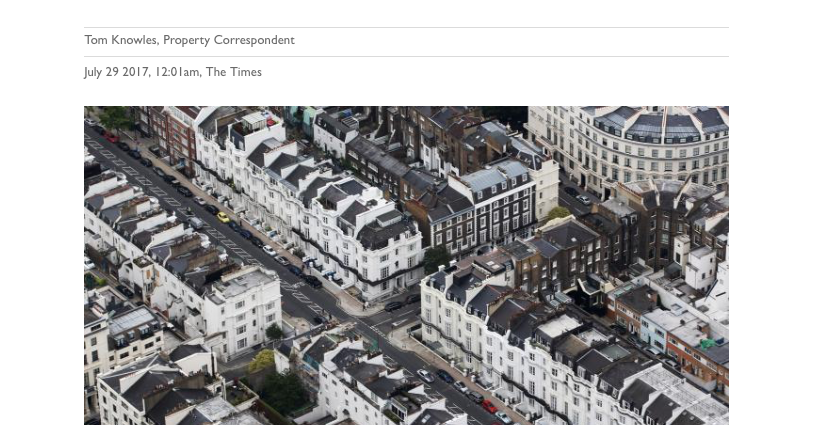 You may have read headlines warning that the changes to Stamp Duty in England and Wales would knacker the market and that we could expect to see a fall in SDLT revenue to the Exchequer. Headlines last year mirrored comments made on the Today program last December which I challenged at the time.

HMRC has now published the latest quarterly statistics and the talk of a fall in revenue and of a ‘cliff edge’ appear to have been refuted. The Office for Budget Responsibility has given their views on the likely tax take in the coming years and they don’t see the housing market slowing or of buyers of the more expensive homes going on strike.

The total number of sales above £1 million fell by 9 per cent in the 12 months to June compared with the previous year. However, this comparison is distorted by a rush of buyers in the first three months of last year who wanted to beat an extra 3 per cent stamp duty surcharge on second homes and buy-to-let properties.

In comparison, the number of homes that were sold worth more than £1 million fell by only 1 per cent compared with the same period in 2014, according to figures from Revenue & Customs. There were 17,700 sales, compared with 17,900 in 2014.

Whilst there is nothing to say that the predictions will be correct it’s worth remembering that the transaction tax is now lower for 95% of home buyers following the changes introduced in 2014 Autumn Statement the cost to those buying homes over £1m is now eye-watering. The OBR are predicting a higher tax take but the OBR may be wrong.

There has been a lot of comment and debate urging the Chancellor to look again at Stamp Duty, especially the top end where the costs are significant and which has been blamed for a 40%+ fall in transactions. Whilst I am no fan of SDLT – it’s a tax on already taxed income the changes introduced by Cameron and Osborne is clearly working. Prices at the top end have sagged, the old ‘slab-like’ structure has gone, 95% of buyers pay less since the changes made inDecember 2014 and the 3% Higher Rate doesn’t seem to have pot too many people off. Revenue as we have seen hasn’t suffered and the alternatives might not be welcomed but those complaining the most. 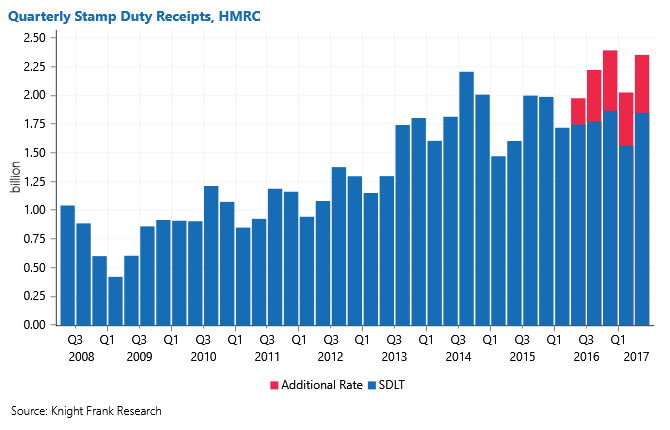 In their Manifesto in May Labour said that they would investigate the merits of a Land Value Tax. Erroneously reported as a ‘Garden Tax’ there is much to commend LVT but judging by the articles in the Daily Mail and Telegraph the noisiest Stamp Duty complainants weren’t overly keen.

Before you think that the Tories couldn’t be worse remember that this is the party who have kneed the housing market in the groin with changes to tax treatment of landlords as well as changes to Stamp Duty we’re dealing with here. In fact, as I hinted at in May was confirmed in the Telegraph that the Conservatives were considering removing the exemption for more expensive properties of Capital Gains Tax for Principal Private Residences. That taxing gains you might make on your own house! It made it to the first draft of the Tory Manifesto. Cue blue-rinsers spitting out their Gin & Tonic!

Supporters of LVT would replace Stamp Duty and other taxed with an annual tax based on your property. There’s a fair summary here if you’re interested. Stamp Duty changes have had an impact on the market. Exactly the impact that it was designed to have and whilst it has clipped a lot of businesses (including mine) it hasn’t stopped the world turning and unless we are going to replace it with something more radical I can’t see an argument that Mr Hammond could use if he were to tinker with it in his Autumn Budget that wouldn’t leave him open to the charge of helping his mates.

However, that hasn’t stop politicians in the past, has it…