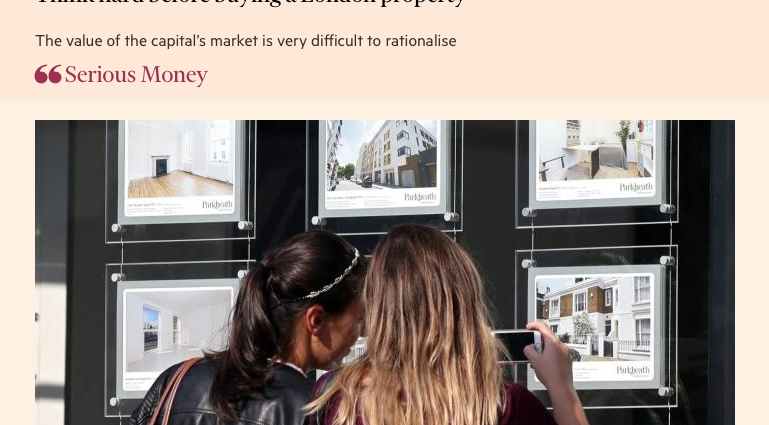 I’ve been warning of a slowing market for some time now but there is growing evidence that it is now harder to sell your existing home than it may be to buy the next one.

I was kindly quoted by James Pickford back in May talking about the frustrations than some sellers and their advisors were encountering. As I said to James, “Remember that as a seller you no longer have the upper hand; the buyer will tell you when he’s going to give you the money. The balance of power has shifted,”

“If you’re thinking about lashing out a serious amount of money the bulk of which is earned out of taxed income, you want to make sure it goes as far as possible,” Mr Pryor says. “Moving house today is like passing a kidney stone — you really don’t want to do it too often.”

More recently Judith Evans has written about the number of homes that are being withdrawn. Some 58 per cent of properties taken off the market so far this year were withdrawn rather than being sold, according to data from LonRes, a research firm. Properties pulled off the market have exceeded those achieving a sale since mid-2016 — the first time this has happened for seven years.

“This gives you an idea of just how sluggish the market is,” said Marcus Dixon, head of research at LonRes. “There are large numbers of people in properties they would really rather sell.”

2017-07-05
Previous Post: What the papers say..
Next Post: Market update – June 2017
Corona Clinic - Free 30 minute chat via Skype/FaceTime/Zoom or phone for anyone thinking of buying or selling, letting or renting during the Pandemic. See 'services' for more details or send an email to book a time. 😷