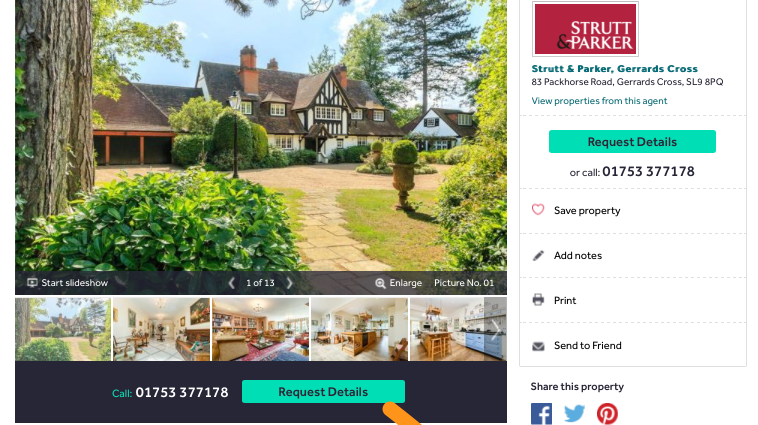 I have complained about ‘portal juggling’ before and whilst it has abated somewhat as a result of the exposure that rogue agents got for re-listing properties to make them seem fresher and to trigger a new email alert the phenomena still exists even if it’s not quite so deliberate.

Take the example of this nice Chorleywood property which had you been looking would have caught your eye yesterday. Had you set up an email alert on Rightmove for example you would have found it in your inbox. Even though the advert states that it was ‘added to Rightmove’ yesterday in fact this property has been knocking about for months.

A ghost listing still exists of it’s first outing back in 2015. It also seems to have been advertised by another agent in January 2016. A buying agent would have picked this up indeed some savvy buyers would have checked but there may well have been people who take an estate agents advert on trust. They would be foolish to do so and there may wall find that they pay a price for doing so.

‘Caveat emptor’ – “Buyer beware” and if in doubt, ask!

Fiona and Alistair: We arrived in London in 2019 from New Zealand in late middle-age for my husband to take up an academ...
Dominic L: Henry was very generous with his time and wisdom in advising on whether to buy/wait, and if buying h...
Ryan: A call with Henry was exactly what was required to avoid the confirmation bias that floods in when c...
Abbie H: Reading these reviews, I think I can beat all of Henry’s current excellent response times - I emai...
Sam Whitlock: My partner and I had our free 30 minute consultation this morning. After we explained our situation...
Alexandre Montigny: Emailed Henry on Saturday morning. Replied within an hour. Scheduled a call for Monday. And here we ...
Alex: I was lucky enough to have Henry spend some time on the phone with me to help answer some questions ...
Amira & Suj: Henry came highly recommended by a good friend. Within a few hours of emailing, we had our free 30 m...
Sarah: I emailed him this morning and within 7 hours I'd already had my free 30 minute consultation with hi...
Richard xC: I just had a quick chat with Henry at around 11am regarding his pocket agent service and current sta...