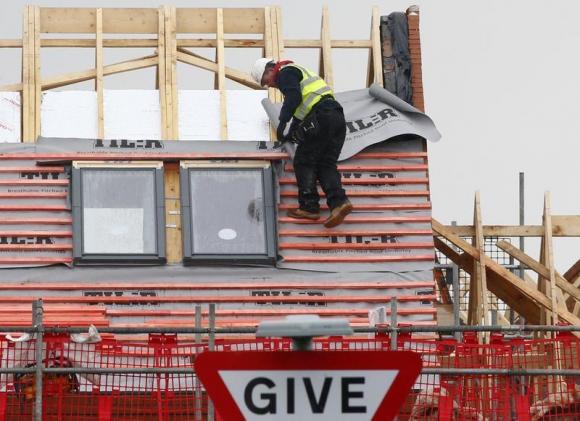 A question of tenure

I’ve mentioned this in the past but there’s a ticking time bomb and it’s getting louder. In our rush to build more and subsequently to buy new houses developers are often offering just a ‘leasehold’ rather than the ‘freehold’ interest in the new home, something that in some cases may be a problem for todays buyers when they come to sell in due course.

There are some good reasons to sell leasehold interests in say flats since offering the freehold would be difficult on a number of levels but there is very little reason that I can think of to sell a leasehold interest in a house. It doesn’t happen elsewhere in the world in anything like the volume that we are doing so here in England and Wales and in my view it should be stopped.

Not only is a lease less preferable but there are reports of unscrupulous freeholders including multipliers for the ground rent that the leaseholder pays each year that would see the initially modest figure double every ten years – if you do the maths you will quickly see how this adds up.

£500 a year to start with becomes £1000 a year after ten years and £128,000 every year after 80 years and over £2m every year in 110 years time! Imagine what would have to happen to inflation for that to seem relatively affordable?

My advice to those looking at buying a new home is to ensure you use your own solicitor to advise you about the purchase, not one recommended by the developer and to look very carefully before considering a leasehold property in the first place. Buying a home is a serious business, not something that should be rushed and if you are in ANY doubt about what you are being offered, walk away.

Simon: We really appreciated Henry's time to discuss our house move plans. He gave us some very helpful advice based on his de...
R: Henry's pocket agent service is an absolutely stellar service. Henry saved me countless hours by telling me which proper...
Elena and Iljaas: Henry has been invaluable for us to buy our final home. Thanks to him all the emotions arising when you buy a house are ...
Carl: We were lucky enough to benefit from Henry's 'corona clinic' service. He provided us with valuable market insight and ad...
Alice and Dave: Being a first-time buyer can feel rather like being a teenager again. The world of agents and mortgage lenders has a sli...
Steve Leslie: I've used Henry's Pocket Agent service to help me with both a flat that I've successfully sold and property I've sought ...
Rich K: I dropped Henry a line recently whilst debating the best course of action regarding property purchasing and the pandemic...
Heather Husmer: Firstly I must admit, I was very suspicious when I heard Henry was offering these FREE Corona Clinic calls --I thought '...
Derren Brown: Henry was exceptionally generous with his time and expertise and didn’t rest until we were sorted - even though it too...
Ed: Notwhistanding that Henry always sided with my wife during our search for a new home, he could not have been a better al...
CT: Henry has been fantastic from start to finish in our process. We contacted him after losing out on our dream house. Wi...
Polina: When we first contacted Henry, we had almost no idea what we needed and where. Two foreigners, we had little understandi...
Brett: As first time buyers and not being from the UK, the housing market can be really intimidating nevermind Covid changing t...
Anna and Phiipp: It is so generous of Henry to give his time and expert advice for free to help those of us struggling with the craziness...
Dan: Henry was incredibly helpful in offering frank advice on our house search which enabled us to clarify our thinking and h...