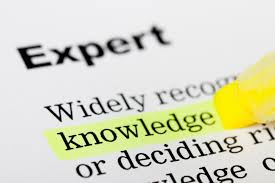 Whether you share Michael Gove’s suspicions of ‘experts’ the housing market and wider property industry is a complicated and often confusing place and it can be very helpful to have a professional guide to help interpret and understand what might be going on and where things may be heading. Broadcasters, journalists, content editors, blogs & brands are always looking for the best & the most authoritative and like many I have my favourites.

There are always those who will ‘talk their own book’ and of course there are many who sometimes can’t say what they think for commercial reasons. No one would instruct a depressed estate agent or borrow money from a lender who thinks interest rates are going to 15%! But there are some folk who either don’t have such worries or who will give objective advice even if it might not be popular or good for business.

These are the individuals who I rate and who I think you can rely on for objective and considered comment about the property market and incidentally who the majority of the industry respects.

Miles Shipside – Too sensible to be on Twitter but founding director of Rightmove.co.uk