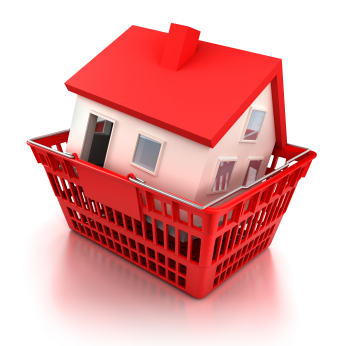 “Never blog in anger” they say. Well stuff that! As you can see, I’m pretty cross and here’s why;-

There was a time when estate agents used to run mailing lists of possible buyers, a time when they held the balance of power in the buying and selling game because knowledge (of who was buying) and records (of who was selling and what they paid) wasn’t shared elsewhere. Then came the internet and with it the ability for consumers to by-pass the traditional gate keepers and deal direct. Books (Amazon), taxis (uber), holiday lets (AirBnB), betting (BetFair)… you get my drift? The Land Registry published what people paid for their homes & you could search online without having to deal with a million agents who would invariably send you things you didn’t want.

So along came the internet and with it the rise of Rightmove and ‘property portals’ and close behind them what have become known as online agents or estate agents without shops. Since no-one goes to these shops the overheads are arguably unnecessary but traditional High Street agents argue that they provide great profile and that a local agent is somehow better at selling/letting than a cloud based business. It is not clear that the consumer buys this argument but as is often the case, my industry thinks it knows best.

Ever since the dawn of the Net I have implored agents to maintain their mailing lists or they will end up as glorified listing agents. They will cease to be marketeers and become an eBay-like business collecting interest from adverts and processing a sale. Something that actually online agents do very efficiently. With no USP they would have little to offer and a list of hot buyers when matched with a list of possible sellers was something that the Web would struggle to compete with.

So why am I so cross? Because in it’s wisdom (or lack-of) Savills appears to have decided to become a listing business. Despite being on their mailing list for such properties and even though they know that I might be a buyer of such a property they decided to launch £30m Woolmer Park in an article in the Telegraph. A great article which makes them and their joint agents Knight Frank look very good but which they decided not to alert their hot buyers to first. Knight Frank emailed me the details two days later. Savills three days after that. Still, these things happen. Maybe it was an embarrassing cock-up? Or maybe this is the way things are going?

Today Savills launch Hackwood Park for which I think they are asking  £65m. I’ve know that this property was available for a year and a bit but this is the way that properties of this calibre are sold. There is a very active and very mature ‘grey market’ for such homes and for very good reason. So why would Savills decide rather than go to the effort of pressing a button last night and alerting agents and  potential buyers on their mailing list to what they were going to broadcast across the planet this morning?

Because they didn’t think?

Or is it because that like so many other agents they have forgotten that they are paid a lot of money to sell a home rather than just to list it and process the resulting interest?

I hope that this is all just a series of mistakes. I still believe that a good agent can make a huge difference to what you can buy or sell a property for. The 2.5% fee that they charge is more than made up for the benefit their client gets in a better deal be that just price or in the structure and terms of the deal. These properties are not products on a shelf in a supermarket that you can price by the kilo or square meter. A good agent can achieve a much better deal than a website can possibly achieve because property, like fine art, jewellery, luxury cars and race horses are not a commodity and the owners of such assets are not interested in a tacky ‘click-and-collect’ service. Not in my view, anyway.