A time for reflection and for some analysis. It’s been a busy year with property high up the media and political agenda. A General Election providing a majority Conservative Government perhaps the biggest surprise and has provided the backdrop for much of the debate. No feared Mansion Tax, instead war appears to have been declared on buy-to-let investors.

Changes made in the 2014 Autumn Statement (presented in December for some reason) have had a major impact on the market in London with transactions in some post codes down by as much as 30%. Agents have squealed about a need to look again at the higher Stamp Duty Land Tax rates for homes bought for over £1m but George Osborne was delivering two messages last Christmas – the first that he was serious about the rich paying their fair share and that he had lost control of the top end of the market many of whom were ambivalent about interest rates. He could no longer bring the market to heel when 40% of buyers weren’t taking out a mortgage!

What critics were keen to point out is that over 47% of SDLT receipts come from the purchase of high value homes. Most buyers (including most of my clients) simply passed the extra cost onto sellers in the form of lower offers but this meant some sellers decided to stay put. Prices have adjusted to the higher purchase tax but sellers have not – yet.

Then came the 2nd Home Tax Osborne announced in this years Autumn Statement. 3% more for anyone buying an additional home be they Gordon Ramsey spending £4.4m in Rock or an investor who has cashed in a part of his pension (as he can now do) and looking to re-invest it in property. In 2014 nearly 200,000 buyers would have been faced with this higher tax. It’s not perhaps as bad as some have suggested since SDLT is an allowable expense when it comes to ALL those effected calculating their Capital Gains Tax in due course. It can even be added to any loss which at present can be carried forward – indefinitely! It won’t (or shouldn’t) lead to a rush of purchases in the New Year. As with the earlier changes the extra cost is likely to be passed on to sellers in lower offers and this should benefit those first time buyers previously competing with 2nd home buyers.

However, the message is clear. This Government wants Generation Rent to become Generation Own and it has other measures that will certainly impact on investors. Changes made in the Budget to curb the allowable expenses landlords can claim against profits and removal of tax savings for mortgage interest to be phased in over the next few years will reduce returns. Will this lead to higher rents? I doubt it. Will new landlords pay less for properties? I expect so. This will push up yields from their woefully low rates today back towards the 6% historically earned on residential property. It will also weigh down on house price inflation which almost everyone will consider to be a good thing.

Energetic housing Minister Brandon Lewis is like the Duracell Bunny, he’s announcing new initiatives every week and new homes seemingly every day. It will take time but there is a chance that the rate of building is at last turning up. Many people will disagree with some of the changes – the move to build Starter Homes rather than homes to rent is particularly controversial but Britain’s builders are at least building.

Asking prices have ended the year up 6.2% over the year says Rightmove.

Sale prices as recorded by the Land Registry are up 5.6% over the year. (Embarrassingly I predicted 4%)

2105 has been a busy year in the housing market with lots to talk about and much to try and understand. How the market will digest all this remains to be seen but what is clear is that we are still not building enough homes, that money for those who can get it is too cheap and these two facts will push prices up in the short term. What’s equally clear is that there there are too many people now paying far to much for their housing. Historically this rarely ends well.

Here are some useful graphs which may stimulate and inform. 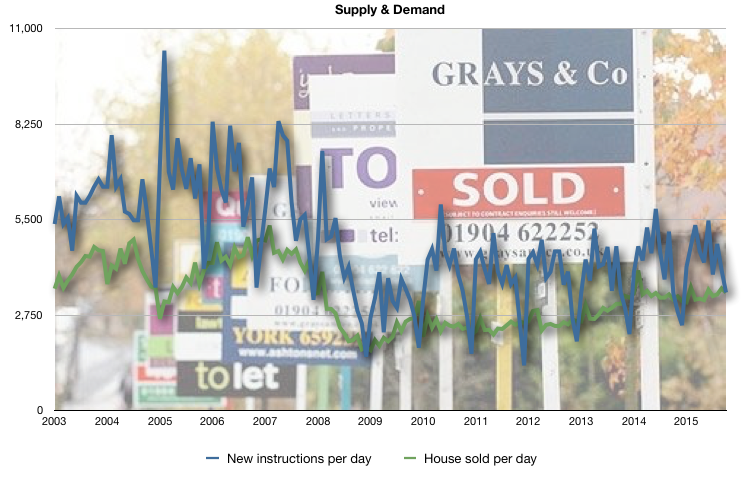 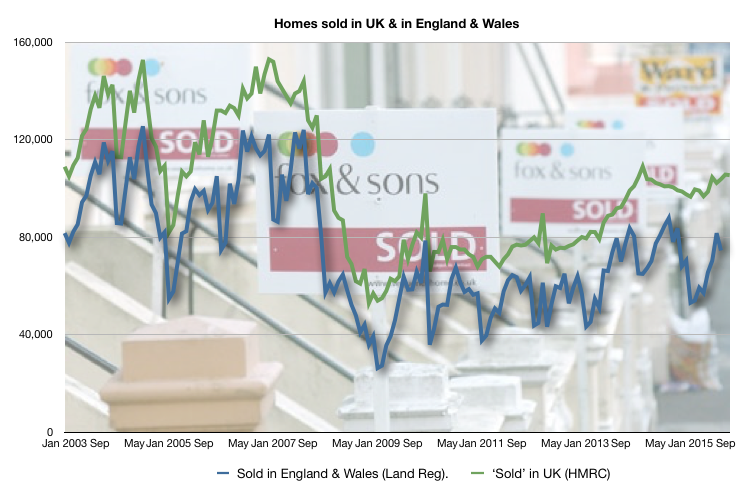 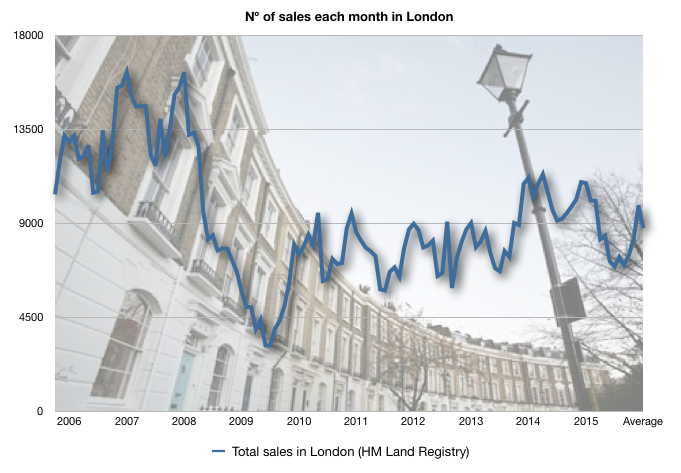 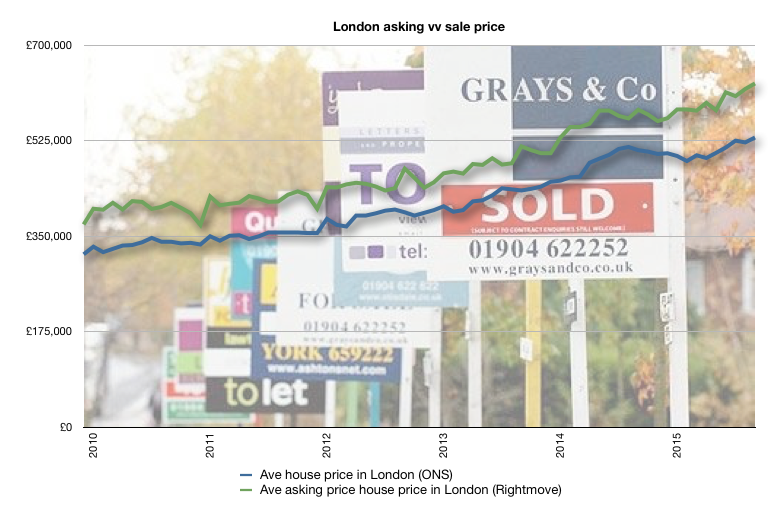 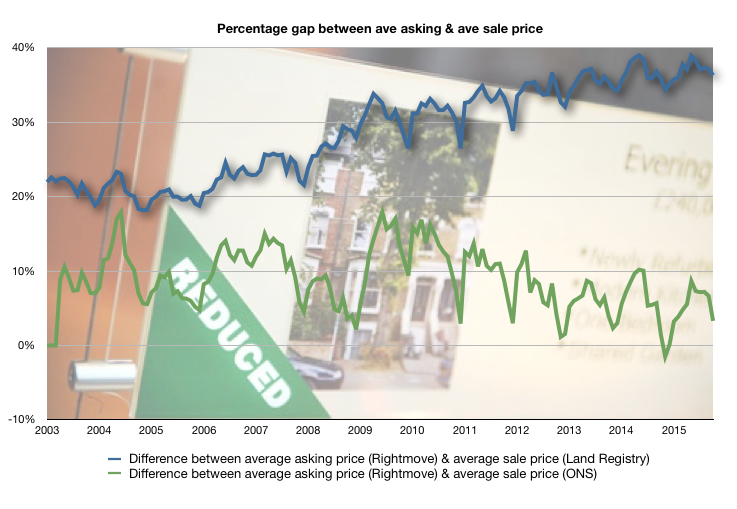