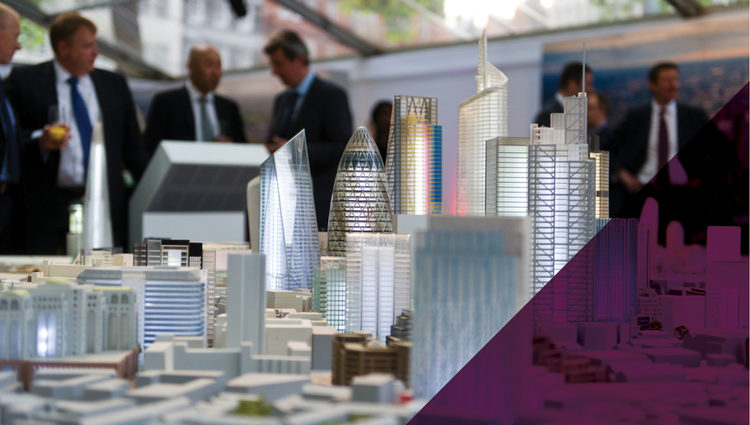 Why we can’t solve the housing crisis.

I attended the shiny London Real Estate Forum last week, an event ironically under canvas in the middle of Berkeley Square. Developers, investors, occupiers and senior property professionals gawped at detailed models of mainly London showing imaginitive and no doubt expensive visions of new property schemes. Seminars, meet-ups and break-outs both formal and informal gathered great brains (and me!) to discuss everything from the latest news on Earls Court to solving the supply conundrum.

I was generously invited to join a closed Estate Gazette group challenged to consider “Whose responsibility is housing?”. A full and much fairer summary will appear in the next edition of Estates Gazette and a modest summary appears here but amongst all the huge brains arranged around the table one theme struck me like a skip falling from the seventh floor; it’s only the industry (with the help of some notible, hard working charities) that bangs on about there being a “Housing Crisis” and to most members of the public this must sound like an excuse to build more and to make more money. A quick search of Hansard over the past 5 years failed to find a single instance of a current Government minister using these two words consecutively! If there is a housing crisis, most people think that it’s the price of houses not a lack that is the emergency.

These days we don’t get to see people sleeping rough. Local authorities and Government regulations means that since the Olympics in 2012 when people sleeping on the streets would have given a poor impression we have erected spikes in doorways to make for restless sleep. More and more I’m asked “where are all the people who need these new houses you say we need to built?” Indeed the 2011 Census helpfully points out that the number of homes across the country by and large is enough for the head count we have. We have net immigration and we have a lot of kids living with their parents it seems but this is the problem.

Until the average Waitrose shopper actually sees evidence of a housing crisis, until she steps over bodies as she exits the store or is faced by civil unrest such as she saw on telly in the summer of 2011 she isn’t going to accept that there’s a problem, let alone a crisis. Of course, she worries about how Jane and Michael are ever going to afford to rent let alone buy but she and her husband have equity in the house thanks to their shrewed investment stratergy (of riding the wave as prices rose) so they ought to be able to help the kids afford the high prices that they and their friends are asking.

This is what most people think. The current planning system is very complicated. This is good because it makes building in my area harder. A recent Mori poll in January revealed that “37% of those who agree that there’s a housing crisis disagree that there’s one locally”.  Interviewees complain that they want their kids to move out but that they can’t afford a home to which the public says “so you want to build a cheap one near mine so they can?”. Not surprising that most people are content that house building is so bloody difficult.

Frustrated by being able to build more homes (and make more money, critics would say) deligates at the Berkeley Square expo suggested that what was needed was a ‘Housing Tzar’. But here’s the problem, in doing so they admit that local democracy is the block on building more so the answer must be to circumvent local democracy. Call me old fashioned but I’m not sure I’m a buyer of this.

New power stations, new roads and railways, these are things central Government have to decide upon. My quest for a 2 bed flat in Mayfair for less than £200,000 is something that Mayfair residents should decide. There’s plenty of space on Hyde Park I argue but they should decide if that’s a price worth paying to make me happy. I fear it’s going to take more visable pain before the public empower one individual or worse a quango to decide what gets built near them. The worst bit is that I suspect they are going to get such pain before too long.