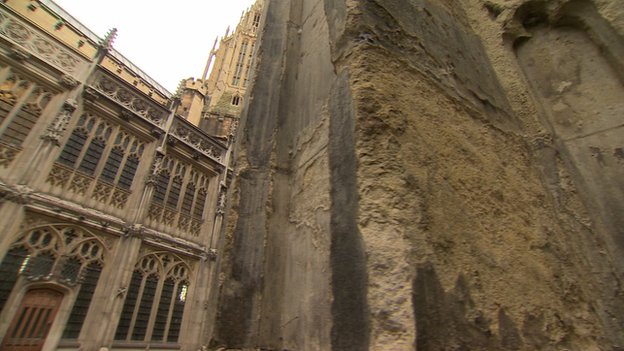 Moving the Mother of Parliaments

Speaker John Bercow has suggested that repairs and modernisation to the Houses of Parliament are now urgent and that the cost might run to £3bn. Twice the cost of the replacement of the Twin Towers & six times the total cost for the Scottish Parliament and the Welsh Assembly combined. 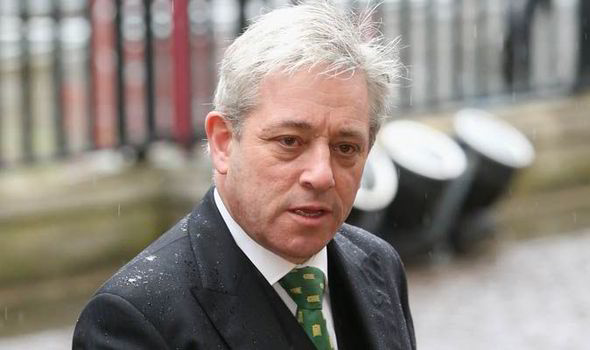 Packing MPs off on a gravy-train from St Pancras to Strasburg would obviously be very tempting but in reality, where could we relocate whilst the work went on and how big is the current set up?
The Palace of Westminster extends to eight acres and houses not only the UK’s 650 MP’s but the staff and back up teams that make the Mother of Parliaments work. 1100 rooms, 100 staircases and 4.8km of passageways link the rabbit warren as well as the two principle chambers that make up the House of Commons and House of Lords. There is a lot of ancillary accommodation such as a chapel, the state apartments as well as a sizeable time piece in the shape of Big Ben.
Relocation, even a temporary move would be expensive and time consuming but there are all sorts of possibilities around the UK and even more if you consider the commonwealth. There is part time space available in Strasburg with a ‘gravy train’ from London and all the entertaining facilities a modern legislature could desire!
Whilst he has indicated a desire to come south Alex Salmond could remain north to the border if the UK parliament were to relocate to Edinburgh or to one of a number of current and ex-MoD properties in Scotland.
Stirling Castle attracts nearly 400,000 visitors a year and although like many medieval buildings would require some updating it has a ‘Great Hall’ or ‘Parliament Hall’ build by James IV. As home to the Argyll & Sutherland Highlanders it is used to the cut & thrust of modern politics although it’s unclear if access for a cosmopolitan 21st Century work force would be that easy from some other parts of the UK.
In Wales castles at Caerphilly or Caernarfon might be a similar struggle but English football was welcomed in 2001g during the redevelopment of Wembley.
Northern Ireland would no doubt welcome the investment of a temporary homes for the UK parliament with space in existing buildings as well as large areas of Belfast Docks looking for redevelopment. Could the area that gave birth to Titanic perhaps build something even more indestructible?
In England the choices become even more practical. The Government has already decided that large parts of the public sector no longer needs to exist within the M25. Salford is (apparently) a sensible destination and there are any number of old MoD properties around the country from ex-nuclear faculties (Like Kelvedon Hatch – RGHQ 5.1) with space and back up services to keep the Government operating during the Cold War. RAF stations at Mildenhall, Alconbury & Molesworth are about to be vacated by the American Airforce and Stansted, the M11 and the A14 make it easily accessible for many shire MP’s as well as London based Sir Humphreys.
Closer still to London the State owns Windsor Castle with over 1000 rooms, drawing rooms and halls which Her Majesty might be prepared to lend for a time. Security, space, access and of course a Royal Chapel would help ensure that along with the architecture MP’s felt at home.
Although faster trains on HS2 won’t be running in time the NEC in Birmingham has 20 halls providing a daunting 200,000 sq meters of space! “Well placed for the commuter” with roads, an airport and trains to all points of the compass it is a viable if unimpressive option.
Finally, the largest privately owned country house – Wentworth Woodhouse near Rotherham with it’s 5 miles of corridors, 365 rooms and 250 acres of grounds include 22 more listed buildings. At 23,000 sqft it’s still on the small side and whilst it needs some work the estimated £42m is a fraction of the £3bn that Speaker John Bercow has said that Westminster requires. Thomas Wentworth, administrator for that old Parliamentarian Charles 1st was executed in 1641 for treason and is buried nearby.
Offers around £7m are being floated but honourable members should beware – of a possible Mansion Tax!
2015-03-06