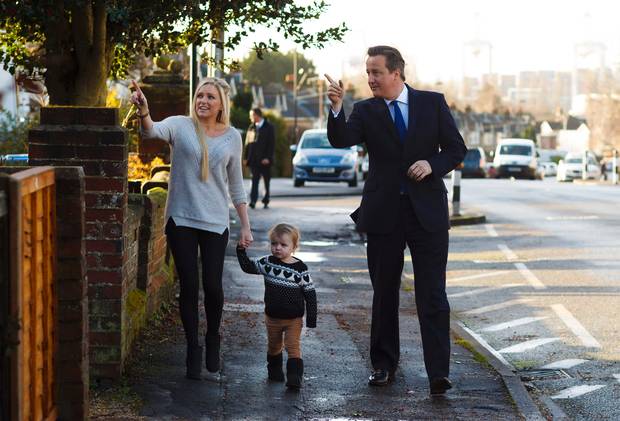 In defence of Sharon Ray.

This helpful summary from one of my favourite property bloggers Jules Birch provides a helpful summary for the truth behind the weekends shameful hounding of the Help to Buy pin up girl, estate agent Sharon Ray/O’Donnell.

David Cameron used Help to Buy as a metaphor for the Conservative message about economic recovery and opportunity for all when he took part in a photo op in Southampton with a young mum and her toddler and had tea in the new home she’s just bought through a government scheme.

It seemed standard, if rather awkward-looking fare, until this post appeared on the internet claiming that the young mum, Sharon Ray, was actually Sharon O’Donnell, a sales director with the estate agent that allegedly sold the home. That was followed by a typically sexist story about the ‘attractive blonde’ in the Mail and this corrective about some exaggerations and errors in the original post. Cue a Twitterstorm and debate between those seeing the whole thing as an example of Tory fakery and those outraged by the hounding of a young woman who’d done nothing wrong.

I find myself straddling the two camps. Sharon Ray/O’Donnell was not, as the Mail puts it, ‘revealed to be an estate agent’ at all. That was clearly stated in the original media reports, as here on Channel 4 News [two days earlier]. Her role as a Treasury case study was reported as long ago as November. If Help to Buy really is for aspiring and hardworking families, then surely estate agents can be both. Besides which, on current (made up) trends, all of us will eventually become estate agents and it is hardly surprising that someone in her line of work would become one of the first to take advantage of Help to Buy.

Against that, David Cameron’s previous form with photos (with loutish student societies, huskies and cycling to work) makes me less inclined to give him the benefit of the doubt. So too does the symbolism of the housing backdrop used for George Osborne’s claim that the economy is ‘turning a corner’. And did Cameron’s PR team not even consider that an estate agent buying a home that may have been sold by her own firm might send rather mixed messages about a policy already nicknamed Help to Sell? (Or, for that matter, warn her that she might be a focus of media attention).