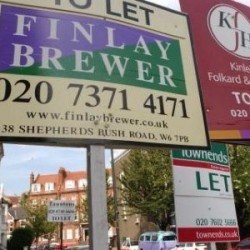 Will the RiCS call me Comrade?

A Cap on house price growth?
Calls from the Royal Institution of Chartered Surveyors for the Bank of England to consider limiting or capping annual house price inflation may be well-meaning but are totally unworkable and demonstrate a worrying lack of understanding of the current market. Attempts to limit house price inflation in Canada to which the RiCS refers were made by restricting the ability of lenders to advance mortgages – something the Government in this country has been making considerable efforts to encourage and has indeed bet taxpayers money on delivering.
Despite Canadian Governor Mark Carney having had first hand experience of a similar sounding initiative whilst in charge of the Bank of Canada his efforts were confined in the main to turning the screws on the lending markets. Whilst there is evidence of house builders and lately of some estate agents making hay in certain sectors of the housing market there is little evidence of lenders being profligate.
The suggestion shows a serious lack of understanding of the current market. Current house price inflation is occurring in markets where cash buyers are king and where constricting the lending market would have make little or no difference. Nationally 40% of house purchases are ‘cash deals’ but in London and the south east that percentage is much higher. Restricting lending would make no material difference.
Worried about a mansion tax? Either the RiCS are suggesting some kind of Communist cap on house prices where the State would cream off any notional profit you might make a year over 5% or they intend to control house price inflation as they have tried to so unsuccessfully tried to control general inflation by using the levers they control lenders with. Either shows a worrying lack of appreciation of the way the market is currently working.
As the Governor told the Select Committee yesterday (Thursday) there are significant parts of the UK housing market who are not seeing rising prices, queues of buyers snaking down the street and where over 1m people are still effectively prisoners in their own homes, unable to move as they don’t have the new larger deposits lenders require for most house purchasers. Will house price inflation in Chelsea determine the lending environment in Belfast, Bradford and Brighton?
The housing market has traditionally been a major driver of the High Street economy but the real issues for the nation remain the crisis of 3m people on social housing waiting lists, the rise in the number of people in Bed & Breakfast accommodation and the woeful lack of new homes being built for both young and old. House price inflation is a concern, rightly the Bank of England are watching it but voters would be left wondering which political party they had elected to skim future profits that they might make from their own homes and it’s hard to see Chancellor George Osborne welcoming an intuitive that undermines his efforts to stimulate the national housing market and potentially secure himself and his party a win at the 2015 general election.
2013-09-13
Previous Post: You & Yours – 10th September 2013
Next Post: Red-faced RICS risk ridicule.
Corona Clinic - Free 30 minute chat via Skype/FaceTime/Zoom or phone for anyone thinking of buying or selling, letting or renting during the Pandemic. See 'services' for more details or send an email to book a time. 😷