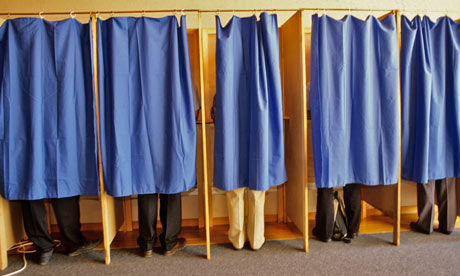 Who is going to solve the Housing Crisis?

“Good morning. I’m standing in the upcoming election. My party and I desperately want to do something about the housing crisis. We can no longer stand by and watch successive generations priced out of the housing market – we want to be the party that gives all Britons a roof over their head.

“We want to build homes that people can afford to buy and rent and reverse the trend of the past 30 years by building at least 250,000 homes every year for the term of the next parliament.

“Unfortunately, our policy, popular though it is, may spoil the view from your house, as new homes must be built somewhere. The initiative may reduce the value of your home.

“Can I count on your vote?”

I think you’ll agree that my career as a budding politician would be short lived. Who among the nation’s more than 20 million homeowners is going to vote for a policy that might spoil their view of England’s green and pleasant land? Who is going to put an X in the box for a party whose policies, by making homes cheaper, will almost certainly devalue their home? We need to build more homes, both to rent and for sale, but a political solution seems lightyears away.

The current political solution is based on localism; the theory that local people should solve local problems. There are a number of sensible schemes to enable communities to cut through red tape and build the developments their communities need. The community right-to-build, for example, ought to allow the construction of sheltered accommodation for the elderly, starter homes for the young and homes that locals can afford to rent. The problem is that the spirit of localism is still missing. We still expect somebody else to solve our problems – especially the problems we disagree over. No one wants to stand up locally and lead.

It would be lovely to think that communities up and down the land would chose a local leader whom we would trust and feel inspired by, but the truth is that, locally and nationally, politicians are not admired. They are regarded as bureaucrats, born without imagination and placed on the earth to frustrate the most sensible of plans. From the humble parish council to the Palace of Westminster, few of the electorate credit their representatives with anything but an ego and an inability to organise a boisterous party in a brewery.

How to fix the housing crisis

There are three ways to approach the housing crisis. The first is to accept that most people actually don’t want to do anything about it and are content to let the market and money dictate who can live where.

The second is to encourage local communities to find some leadership, recognise that they control their own future and are free to provide what they think they need.

The third is the hardest but in my opinion the most likely – that a future government will take back responsibility for deciding who can build what where. Central government will decide what is built, where it is built and if and when it actually is. This sounds fair, but it’s a system that is largely responsible for the mess we’re in now.

Until then, show your support for new housing by saying Yes To Homesin your area and emailing your local councillor.

This article was first published in The Guardian and on the Say Yes To Homes web site.
2013-09-11