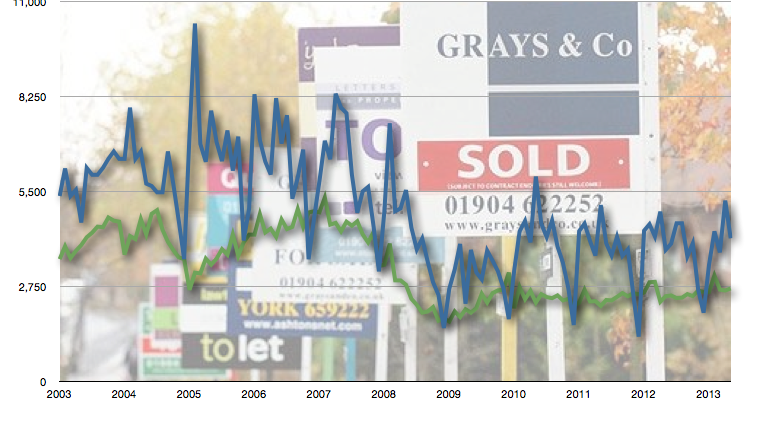 The Month in Numbers

With the publication on Friday of both Nationwide and Land Registry numbers we can now review the market. Here you will find the average asking price (Rightmove) sale price (Land Registry, Office for National Statistics, Halifax) and transaction volumes (HMRC) together this month with annual transaction details for 2012 which HMRC published yesterday.

Once again, these are their numbers, you decide what they tell you about the market.