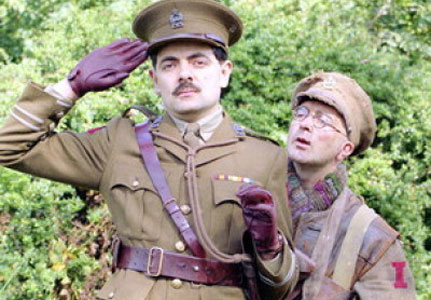 Primelocation 2, a cunning plan my lord?

News this morning in the FT that a group of estate agents are planning to set up a new property portal will excite the industry even if it seems to some to be completely bonkers!

In what might at best be described as a plan worthy of First World War generals this Web 1.0 proposal in a Web 2.0 world is supposed to help cap the cost of current portal listing charges and to help regain control of the agents data which agents believe has been wrestled from them. I suspect it will do neither and will probably just make life harder for those looking to buy or to rent property and more expensive for those looking to sell or to let.

The new business is reported to be an Orwellian ‘one-member-one-vote’ business but as we all know, some will always want to be more equal than others. Even if listing were free (which it won’t be) how will agents compete with each other on the new site? Some will want gallery ads, for their listings to include richer content like video tours compared to their competitors or for their results to appear ahead of others. This is usually done by charging and as grown-up marketeers know this is the cost that can make online advertising expensive. I know many in the biggest firms of agents but I’ve yet to meet a respected property marketeer working for one of the big agencies who thinks a new portal is the solution – even if you can get them to agree that there is an actual portal problem in the first place!

So what  seems be the problem? In a typically British way some agents think that for publicly listed commercial enterprise Rightmove plc to make huge profits must be at their expense. No shit Sherlock! Choosing to ignore the fact that they sell a product on the basis of price these agents think that the portals have too much power and they want their wings clipped. Having literally helped build up both Rightmove and Primelocation as shareholders these agents now sneer and want to pull them down. They think that by listing on a new portal and still being able to list on an existing site the total cost of online advertising will fall. A foolish view from people who seem to have learned nothing from the history of the web.

Outside London, agents will almost certainly continue to list on the dominant site Rightmove.co.uk. Inside London, in what was core Primelocation territory, agents will probably choose Zoopla as their preferred site to advertise on. Will either site loose significant inventory? I doubt it. Why will visitors stop going to either if all the properties are still there between the two? Will they go to a third just to see many of the homes they have already seen on the two biggest sites? Why will either Rightmove or Zoopla charge less for listings or for the added extras that most agents now fork out for? Surely if anything those agents who advertise on the new site will end up paying more.

It’s hard to see how the ‘corporate agents’ – the likes of LSL, Countrywide and Connells with brands like John D Wood, Hamptons and Marsh & Parsons can join this new site meaning that a significant chunk of the market will not be found on the site. Perhaps as many as half of all listings in the UK won’t be on the young pretender. These big firms are shareholders and non-exec board members of Zoopla. Will they (could they even) decide to join a business that exists to cut the revenues of a business they are already part owners of? Without critical mass or an engaging USP will buyers and tenants want to visit a new site? Rightmove has more traffic each month than BBC Online!

Rather than trying to compete with £2Bn Rightmove or Primelocation-owner Zoopla why not work WITH them as happens in other forms of commerce? If a bunch of techies wanted to start an estate agency the establishment would roll around laughing. You can hear the giggles from the internet businesses who no doubt regard a move to exhume an idea from 15+ years ago with hilarity!

When Primelocation was sold – a decision that many agents at the time regarded as a mistake, most agents then spent their ‘profit’ being obliged to continue to list on the site for the next three years. There were only three or four firms – the ones who had taken the greatest risk at the start who trousered real money.

It will be interesting to see what happens to the likes of Adzuna and Home.co.uk and Nestoria plus those sites that have white-labled versions of Zoopla. Will sites like these be included in the list of where participating agents can and can’t list?

The brains behind Agent Mutual will have thought this all through. There is bound to be something more to the idea than what has been reported but until one is shown why total listing charges might fall, why the public will go to a website that can’t possible compete with the current portals marketing spend, why it will have as many listings or how this idea differs from a site like PropertyLive! then perhaps this is just the sort of ‘cunning plan’ you’d expect from Baldrick and like the hilarious BlackAdder series something that’s great to watch.