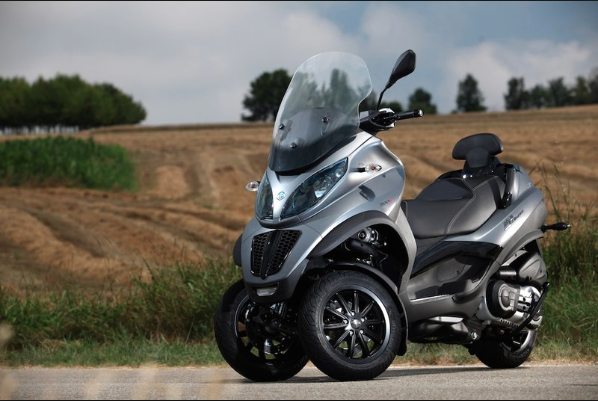 A warning to anyone thinking of buying the fantastic new LT500 Sport LT. Since upgrading from my old LT300 I have now been refused Congestion Charge Exemption by Transport for London (which like the LT300 is longer than 2m) AND I have been refused business class use insurance as I ride the MP3 on a full UK car license.

(Hopefully Google will work their magic, index this page and display it to anyone looking in to buying what is a great bike.)

You have been warned!

* Update;- In frustration I called my broker Devitt’s and unbelievably (and having been put on hold for 25 minutes) they spoke to the underwriters at Aviva who have reconsidered and I now have ‘business use’ once again. Their computer had assumed that the MP3 was a ‘bike’ even though I have explained it was a ‘trike’ and that they had been insuring it for two years.

I had called 18 insurance companies/brokers AND Piaggio UK and no one seemed able to offer business use to someone with a full UK car license. If you get stuck as I was then try Devitts (0845 300 4870) and mention my case! Ask to speak to Jack Garnish on ext 1054.

2013-05-31
Previous Post: Buying a house? Stop, look & listen.
Next Post: Private Client Practitioner’s Top 25 Residential Property Buyers 2013
Corona Clinic - Free 30 minute chat via Skype/FaceTime/Zoom or phone for anyone thinking of buying or selling, letting or renting during the Pandemic. See 'services' for more details or send an email to book a time. 😷

Steve Campbell: Henry provided me with some superbly succinct advice on the whole process of managing and ...
Mary: Henry gave us some very clear and insightful advice at a confusing and stressful time. We ...
Liz and Russ: As our Pocket Agent, Henry’s concise, non-waffling approach and wealth of understanding ...
Sophie Q: Henry is one of a very rare breed - someone who is willing to give his time and share his ...
Jennifer: I recently had a conversation with Henry during one of his Covid clinics - it was a free, ...
Ed King: We, like many, have had quite a protracted property search through the uncertainty of Brex...
Alison & Mat: It was great to talk to Henry, he truly helped us get a better understanding of our option...
D. Zavala: Henry’s pocket agent service was extremely valuable for us as we went through the proces...