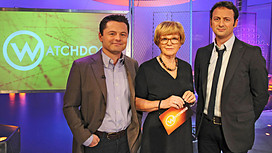 BBC1’s consumer advice program shone a light on the latest scandal connected to letting agents and listened to complaints from some tenants who say they were forced to sign up to a particular energy supplier. In the frame were Spark Energy a utilities management company and leading letting agents Foxtons, Reeds Rains and Your Move. It was claimed that some landlords and their agents are including terms in their leases that tie a tenant to a particular supplier.

There are in fact good reasons why a landlord and his agent might need to know which provider a tenant uses – if the landlord has taken up a particular Green Deal then he may be obliged to continue to use the energy company who subsidised the work. It can be very hard for a landlord to know which the utility company a tenant contracted with when they leave the property and a new tenant wants to sign up. There have been instances when the new tenant has inherited a huge bill when the handover isn’t done smoothly.

The law is clear that a tenant can choose whomever they wish but Watchdog has found evidence that some agents were giving rather too much direction in this regard. Suggestions that clauses in the draft lease stipulated one particular firm and that some landlords and letting agents were paid by energy companies.

Just how robust the evidence is we shall see this evening but if consumers (landlords or tenants) were to complain, who can they go to and in due course if all letting agents are forced to sign up to an Ombudsman Scheme will this actually solve this kind of problem?

Remember, estate agents can be banned from practicing but the OFT but a letting agent is not governed by the 1979 Estate Agents Act so it is unclear what would happen if a letting agent waived two fingers at the Ombudsman.

Reform of the letting industry is well over-due. The Watchdog team are going to bang one more nail in the Wild West of the property industry and their program will hopefully encourage Government to act and to act fast.

Worryingly the three firms featuring in the program were between them members of the main lettings groupings – ARLA, SafeAgent, NALS and all were signed up to The Property Ombudsman. It’s not hard to see how the public is confused by which ‘badge’ they need to look for to be confident that they are dealing with one of the good guys.

There’s more information on how to protect yourself from rogue letting agents here.