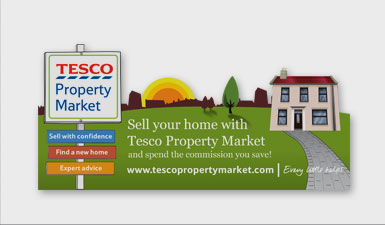 10 questions to ask Tesco, a newspaper or a man stepping off a banana boat.

Once a year someone calls me and in what must be abject desperation begs “Henry, we’re thinking of starting a property portal. This one is going to be different from all the others, we’re going to do this or that, we think the market is crying out for a new business model. You seem to have knocked about a bit, you’ve been involved in property sites since Tim Berners-Lee was in short trousers & despite never having made a mint yourself could we pick your brain?“.

Whether it’s a supermarket, newspaper, an industry trade body or a gang of techies with a tame VC who’ve stepped off a banana boat at Tilbury I have ten questions I start by asking. In case you’re drafting this years email here’s what I start by asking;-

1. Will agents continue to list on either Zoopla or Rightmove until any new portal is up and running delivering sufficient leads?

2. Should agents expect to continue to pay the same rates to each site while they continue to list with them?

(If they decided to list on a new site and to only list on Rightmove or Zoopla could either site actually charge more while that agent is totally reliant on their leads?)

3. The Portal graveyard contains the headstones of fine brands who took Rightmove on – FindaProperty, Globrix, PropertyFinder, PropertyLive!, ThinkProperty, Asserta, HotProperty, Look4aProperty [not to mention my own ‘aggregator’ Primemove.com]… Won’t £2bn market cap Rightmove remain the Nº1 property website for finding homes to buy and rent in the UK whatever the shortcomings of their offering and won’t enough agents – the corporates for starters – continue to list on this beast?

4. Will agents want their listings to stand out from their competitors on a new portal with gallery listings, video or premium results? Should they expect to pay extra for this?

(Would that make the new site the 3rd choice website the public might go to if they can be bothered to go to more than two sites?)

6. PropertyLive! had 50,000+ listings from 4,000+ agents & the the NAEA in theory to ‘whip’ them in yet it still never got traction. Aggregators like Adzuna.co.uk and Home.co.uk have all the listings yet they remain unheard of by the public. It’s not about listings, it’s about attracting attention. What’s your USP, exclusive listings you can’t find on other sites?

7. In the short term by listing on a new portal are an agents online marketing costs therefore likely to go down, go up or stay the same? How long might this go on for?

8. Where would a new portal be (and the agents who commit to use it) if Rightmove and Zoopla were to merge as many others have over the years? Would agents come off the combined super-site? Might a super-site actually be able to charge more being the only top site?

9. Are agents going to demand that sites like Google remove their listings? Will they come off Homes 24, off the Evening Standard website or any other white-labeled offering?

10. Will agents help build the 3rd place portal, pay more money that they currently do to stand out from their competitors on that new site, continue to pay Rightmove or Zoopla to get the leads they currently receive and be locked into this arrangement up to 5 years and potentially force the creation of a super-site who could charge even more? Will they be able to join the new site in the future if it takes off and if so will they be charged more than the ‘founding fathers’ pay? That’s what Rightmove did I recall.

Before you spend £100 on a new portal, give me half and put the other half back in your pocket. There, I’ve just saved you 50% of the money you would have just pee’d up against the wall!

Please, no thanks necessary, just send me the cheque.