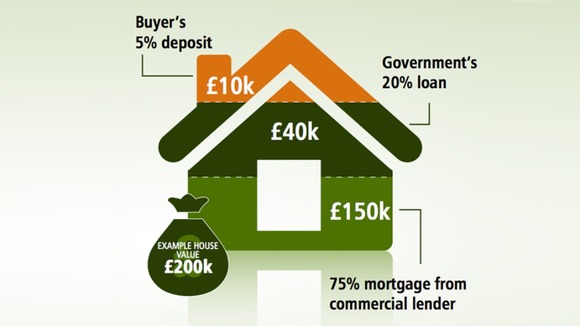 Why Help to Buy is a mistake. Ever since George Osborne sat down after delivering his Budget last month I have questioned the wisdom of his Help to Buy scheme, launched whilst it was still just an idea and before the Treasury had consulted on the implications. Now the Chancellor has been taken to task by the Treasury Select Committee to whom he gave evidence two weeks ago. Their report makes uncomfortable reading for the architects of this housing plan.

Whilst the committee and its chairman the very capable Andrew Tyrie in particular have a number of concerns they have are two main issues with Help to Buy and both revolve around the Mortgage Indemnity Guarantee element due to start in January next year. The first is that once it is running and the market has got used to Government help will it be impossible to turn off the tap and the second is that the the scheme will stimulate house prices keeping them artificially high. This keeps them more expensive for those very people the Government says it is trying to help – those who can’t afford todays prices.

At an industry debate I attended earlier this week lenders and estate agents who were represented welcomed the initiative which comes along with Funding For Lending and Quantitate Easing despite the outgoing Governor of the Bank of England saying back in 201o that “it is time to take away the punch bowl”. Lenders have all sorts of reasons why they say they can’t lend today at affordable multiples and understandably welcome the news that the tax payer is once again going to help them out. But should we?

Sunday Times journalist David Smith said “”We need to look at net lending and see what difference £130 billion of guaranteed mortgages will make. It’s not big enough to sustain a house price boom.” He and the majority of the rest of the panel clearly aren’t talking to those at the coal face who can already see the impact of Help to Buy. Developers can feel it and early indications are that even one month in prices have firmed up with ONS confirming the average price paid by a first time buyer up 1.6%.

Anyone foolish enough to buck with the housing market usually ends up with a slap in the face. In three years time, when Osborne says Help to Buy will be reviewed, will anyone at the party want to close the bar? If they don’t then house prices will become more unaffordable. If they do then prices will fall and the housing market will suffer a hangover that will make the 2007 Crunch look like a minor blip!