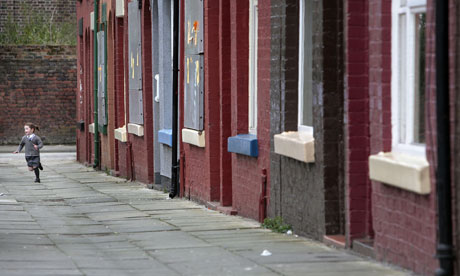 The tax payer isn’t a charity so please don’t treat me like one.

Am I the only one who supports the coalition Government’s benefit changes that kick in today?

Over the Easter weekend I’ve listened, watched and read news of the introduction of the so-called ‘Bedroom tax’ and of the changes that we should expect with the introduction of Universal Credit but I’ve heard just one voice advocating these changes which came in the form of a BBC interview with Tory Chairman Grant Shapps who ironically seemed to address the nation from his own bedroom in Welwyn Garden City. Where are the interviews with those paying the tax? Who is speaking for the millions on social housing waiting lists? Surely there should be balance for the clerics & wets who seem to think that the current system can be made fairer by more of the same!

Tough though these changes are, harsh though the implications may be and painful to to hear the stories that that press unearth of those caught up by the new rules I support what the Conservative AND Liberal Democrat administration is trying to do. There will be collateral damage, people impacted by the changes who were never meant to be caught up by them and like the architects of these plans in Government I’d like to tweak the new rules in such cases but the principle is right, we need to change and to live within out means.

I usually rage at the State sticking it’s beak into the citizens business, telling me what I can and can’t do, how many wheelie bins and buckets I must have, shrugging it’s collective shoulders when hundreds die in hospitals and dishing out pathetic fines to those who make other peoples lives a misery and I usually save my greatest irritation for how the tax money I am relieved of is spent. Time and again it seems that the solution to a part of society not having enough of something is to raise more tax from those who do rather than to cut our financial cloth accordingly. So it is with housing benefit.

The Institute for Public Policy Research reminds us, during  the current four-year spending review period, the government will spend £4.5bn on housebuilding and £95bn on housing benefit (compared with an 80/20 split in the opposite direction in the 1970s). That’s not to say that there aren’t many deserving causes who are in need of tax-payer assistance but I have news for those who see the so-called Bedroom tax as a return to Dickensian England. If you want charity go shake a tin! If you want my help I’d like some say in how that help is delivered and if we disagree then my view prevails as I’m paying for it.

It clearly seems harsh to many that I don’t believe that people have a right to live where they grew up or that they should be encouraged to live in accommodation that suits their circumstances. Because we have a shortage of social housing it’s obviously frustrating that some people can’t find cheaper alternative accommodation if they are living in property paid for in part by the tax payer that is too big for their needs but there are up 5m people on social housing waiting lists across the UK all of whom would like somewhere to call home and we need to be clear about the problem;- it’s not that we aren’t raising enough money from tax payers per se, it’s that we aren’t gripping the crashing problem of the shortage of suitable housing. What we need is more housing not to pay more for the shortage that currently exists.

Over this past Easter weekend the Church, past & present has had the nerve to step into the argument. George Cary had a pop at Government with an ill-considered rant about Christians feeling marginalised. A trip to my local church yesterday would show you why fewer and fewer people see Cary’s legacy as either relevant or indeed mainstream. Then a group of minor faiths thoughtfully shared their concerns that benefit changes were unjust. Perhaps these religious groups could get on and ‘do’ a little more and ‘preach’ a little less? I’ve no time for a lecture from those who still seem to be living in the middle ages when it comes to minority rights.

As a taxpayer I’m expected to pay social housing benefit for couples sleeping apart for medical reasons, for families who have spilt up and who share childcare & people who need a spare room for carers. All are worthy cases but I’m unconvinced that the tax payer is there to make life more bearable. A family with young children is more deserving of bedroom space than a couple with health disorders that make sharing a room uncomfortable. I wouldn’t wish a geriatric ward on anyone but if you can’t afford £14pw for a room for a full time carer then maybe you need to take advantage of the health care provided by the tax funded NHS? Finally,  working out your living arrangements if you separate is part of the agony of splitting up, it’s not fun and it isn’t some sort of penance for the mistake you’ve made but I’m not sure why I should pay because you want to see your kids from a marriage you failed to make work.

No doubt there will be many who will find my views shocking but I suspect that there will be many more who will nod and agree that the solution to the countries poor housing is not to reach out and relieve those who work of even more tax but to try and show those who either through misfortune or through poor life choices that they are not the only ones with ‘rights’. I’m very happy to play my part and to help but I’m not just going to write a blank cheque to absolve my conscience and go to church and pray for others to find a solution. I back the Government proposals to help people to help themselves, to give them some control of their lives, to give them some pride in what they do and encourage them to participate in a society that includes them rather than marginalises them. I want them to help debate the difficult choices we all face as we try and work out where everyone should live. Ploughing up the green-belt may not be the answer but preserving it in aspic isn’t either. For every heart-breaking story of somebody affected by the bedroom tax I can show you a family who needs that larger space, someone living in bed & breakfast who is just as deserving and who has patiently waited with little support from the media as to their plight.

Full marks to those like Grant Shapps who is working to find a solution. The last lot of elected idiots left financial chaos and a society more divided than at any time in modern history. Ian Duncan Smith and this ilk are trying to create a better society, one that all can be proud to be a part of. One that perhaps does what once upon a time the Church did- supported those less fortunate and perhaps sprinkle some moral guidance to boot. As Shapps knew only too well, the solution to the nations housing crisis isn’t just to build more houses, it’s to ensure that the inevitable shortage is used as effectively as possible and that those who need a helping hand understand that the tax payer is not charity, it belongs to those who through good fortune or better luck have managed to earn enough for themselves AND have something over to pay towards those less lucky or fortunate.

Tax money was hard earned and the benefits it funds come with strings attached. If you can afford your own living accommodation then by and large how you use it is your business. If you want my help then I’d like some say in how and where you live and if thats uncomfortable then I’m sorry. Instead of lambasting the Government and throwing the assistance that they are offering that I’ve paid for back in my face work out how you can make the most of the little help I am able to give and at some future date, don’t think that a little gratitude would go amiss!