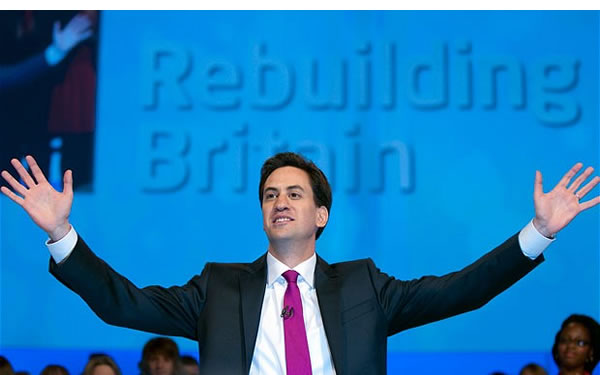 Which party will sort out housing?

So this week it’s the turn of the Conservatives to come together and try to work out what, after 2 and a half years they actually plan to do. Meeting in Birmingham might be a tough call for a number of Tory activists some of whom will struggle with the Brummie cabbies accents not to mention their ethnic origins. We’ve already listened to the Lib Dems and to ‘One Nation Labour’ address their party faithful and now it’s the turn of Dave, Boris and George to explain to their core supporters why building more won’t mean concreting over their green and pleasant land or stiffing them for more tax.

It’s worth pausing for a moment and remembering that the (dwindling) audiences at these events are hard core supporters many looking forward to the annual shindig and hoping to reaffirm their faith in a way many in the Church of England hope to once a new man is chosen for Canterbury. Imagine if it wasn’t a man!

Nick Clegg was on about a Mansion Tax because not only does Vince Cable think it’s a sensible way to raise a little bit extra but because he knows that Lib Dem voters see it as one way to stick it to their coalition partners. Despite it being about the only thing the electorate knew that the LibDems stood for at the last election and only 15% voting for it, for LibDems a mansion tax is a must.

Clegg also chose his party conference to announce a plan to make it easier for parents to use their pension to guarantee their children’s mortgages. So, like NewBuy, FirstBuy, like local councils providing a leg up to virgin home owners the Lib Dems see the answer to the housing crisis to be helping people to afford crazy house prices rather than allowing prices to become more affordable. When the music stops all these pups will be left in negative equity and more than likely the tax payer will be on the hook for a billion pounds too!

Ed Balls regaled us with a dream he’d had. It was never going to happen because by the time he could even be elected the 4G mobile receipts will have been frittered away but Balls bollocked on about how if he had the nations cheque book he’d use the money to build 100,000 new homes. A great idea and a dream would have enjoyed. Sadly there was no talk of where they’d be built, no ideas of who would build them knowing that todays builders don’t actually want to but never-the-less, a great headline to distract from the absence of any other serious initiatives to solve the nations housing crisis.

This week George Osbourne tells his acolytes that he is never going to go for a Mansion Tax, he’s also let it be known that he won’t add new bands to Council Tax either but he insists that the rich will pay more and he does this away from his audience many of whom will find that actually he defines them as ‘rich’.

IDS (sorry, Iain Duncan Smith) plans to tighten housing benefit rules for the young presumably hoping to drive them back to their parents large, empty homes to fill the 25 million spare bedrooms that some think ought to be taxed. If they were all feckless ex-public school ‘gap yah’ kids then perhaps this would have some merit but many are more deserving and need the leg up to help them get on with living in their twenties rather than being put on hold until their late thirties.

I don’t recall the UKiP conference having a view about housing. I’m hoping that Respect and the Raving loonies will contribute but the main parties certainly don’t have a serious solution to the ticking housing time bomb. No one wants infrastructure projects on in their back yard be they HS2, new housing or utilities. As Evan Davis’s excellent programme on BBC2 on Sunday evenings explains so well we may not embrace these big projects but once they are there then we adapt to the change and move on. Few would now want to magic away the M25 despite the protests when it was first suggested.

The truth is that none of the Parties wants to talk about the problems with housing. Solving it requires building (some) more new homes, spending money we don’t have and risking upsetting people who live in an age that most of us left behind in the last century. If you need votes to get elected then it isn’t a great idea to piss off the very people whose votes you are after.

There are many who think that infrastructure – encouraging people to move away from the expensive, congested South East, homes – or the lack of affordable housing and keeping the lights on should dominate the debate in the run up to the next election. But since progress on any of these pressing topics require leadership – by which I mean the ability to sell an unpopular idea to a NIMBY electorate then judging by the 2012 party conferences we are unlikely to find any politician who has a view let alone a back bone and the courage to suggest an possible answer.