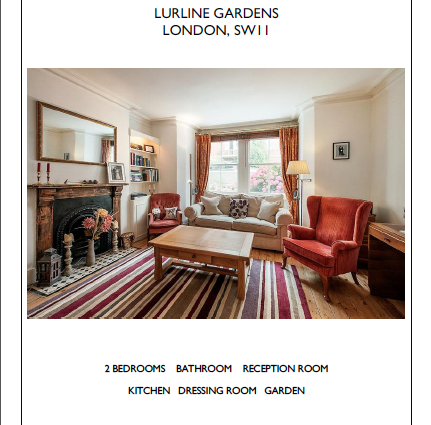 The same flat with little change is now under offer at around John D Wood’s guide of £550k, a further 90% increase since 2005. Over the past 15 years, just paying the mortgage, council tax, ground rent and keeping it nicely decorated this little flat has enjoyed a 270% increase in it’s value, around £27k a year. Every year this 2 bed flat has been ‘earning’ the average salary in the UK! 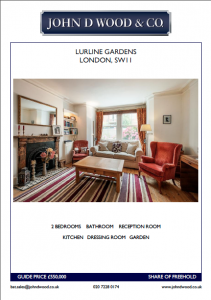 Across Wandsworth the Land Registry index calculates that average house prices have risen 277% over this time so this example is hardly news. But what is amazing is to think that today someone wanting a two bedroomed flat – presumably young, professional and without kids – has a big enough deposit AND the ability to fund a mortgage to bid £550,000 for this flat.

Assuming a 75% mortgage (what the CML says is typical) then the buyer has scrapped together £137k whilst earning the same amount (3 times his or her salary?) to afford the £2,000 a month repayments. Why do I think prices in London might be topping out? Just how many people can there be in this position? There are another 60 flats like this in this one street in Sw11 alone!

This may be the answer to the Government’s problem with the economy. They’ve used inflation in the past to get us out of a hole. Rising asset prices are a pretty cheap solution (except for those who want to buy the eventual asset) and like QE the additional money seems to be produced magically from thin air. House prices we must remember are mostly fictitious – we could never all cash in our homes at the price the local estate agent says and yet the politicians hope that enough people will borrow against the ‘value’ of their home to keep the economy ticking over. Falling prices may make homes more affordable for a vulnerable few but it would feel painful for far more and we aren’t ever going to build enough new homes to make a serious impact on rents or house prices.

In the short terms there might be pain for some away from London & the South East and whilst it may make little sense to many on balance I suspect that house prices will, in general terms, continue to rise. It isn’t much fun being a politician if they don’t allow this to happen and it costs them little (today) to give the majority of  electorate such a warm glow.  Who’s going to vote for lower house prices and more importantly which party would they vote for? Like Christmas voting turkeys most people will put their cross next to the party who won’t destroy the value they think they have in their home. That includes a “no” to building more new homes or letting prices slide even if it will allow their kids to buy.