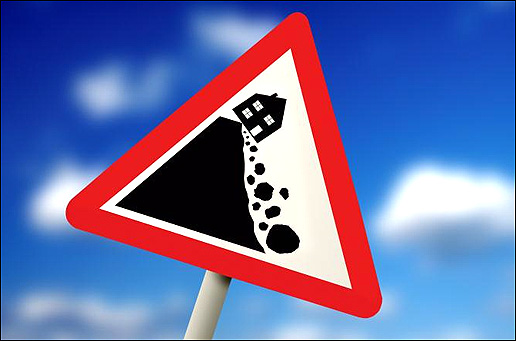 1 in 5 homes in negative equity?

Just to be clear, the Rightmove survey says “17% of those 2007-2012 buyers who believe their property has declined in value since purchase also state that they are currently in negative equity, believing their outstanding mortgage balance to be higher than the current value of their property. This rises to 21% amongst those who bought in the peak year of 2007“.

Rightmove asked if people thought their house was worth more or less than it was in 2007. Those who said “less” were then asked a further question.

The headline 1 in 5 figures seems high to some but the following numbers may help;-

According to HM Land Registry 3.71m homes have sold across England & Wales since Jan 2007. HMRC says that across the UK more than 5.8m have changed hands.

We know that around 60% of buyers had a mortgage.

In addition, we know that 2.78m of all sales in England & Wales since January 2007 were for less than £200k, the most likely to have had a mortgage.

The Land Registry calculates that house prices across England & Wales are 7% below the level in Jan 2007 but this includes London and the South East. Across the whole of Wales they are -14.2% lower and in the North West the are -16% lower.

If buyers since 2007 have typically had to put down 15% and you ignore the London/South East bubble then the numbers quoted by those taking part in the Rightmove survey become plausible. If you then factor in those who aren’t necessarily in negative equity (around 1 in 5 according the the Rightmove Survey) who reckon that their home is worth less than they paid for it then they won’t have 20% deposit now required to put down for their next home. At least 1.5m home owners are trapped, prisoners in their existing homes unable to move on.

PS. In an timely note the Council of Mortgage Lenders today posted numbers of mortgage holders in negative equity. As this report on the BBC web site confirms, according to the CML there are 719,000 borrowers whose mortgages are larger than the value of their homes. This is an improvement on last years numbers which were 100,000 higher. 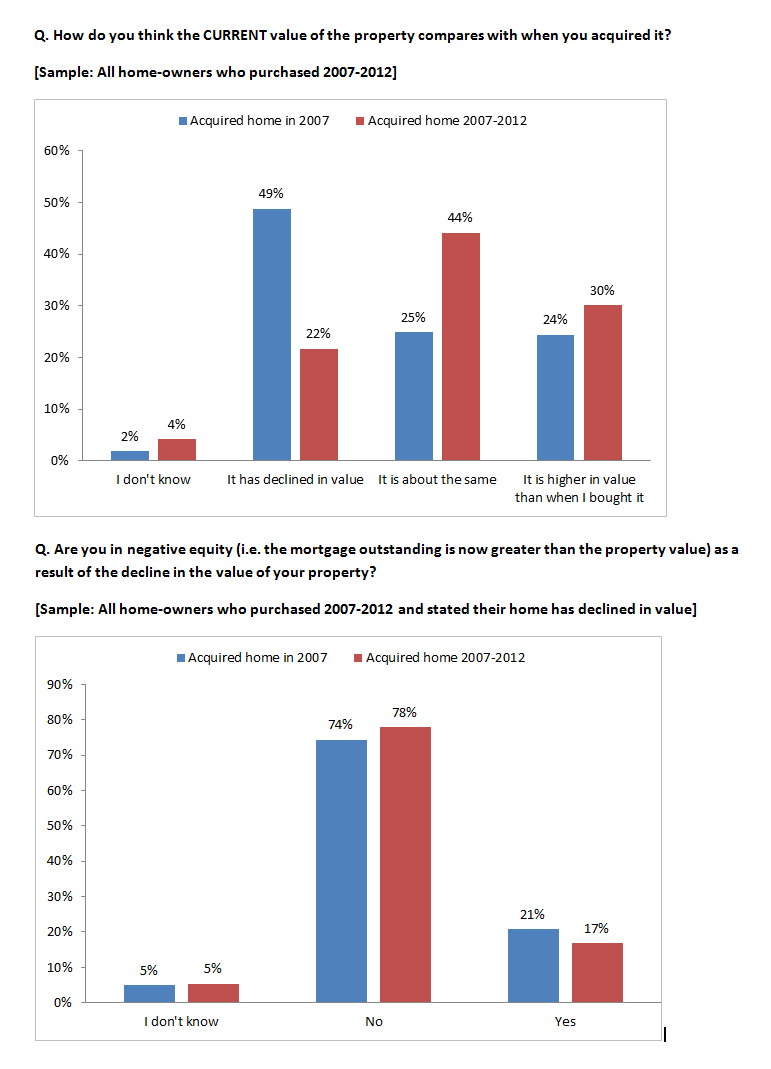 Kate Rippon: Thanks to Henry’s expertise, reassurance and fantastic straight talking, we feel much more confide...
Angela: I highly recommend taking the opportunity to speak to Henry, particularly if you are a first time bu...
Uli Davey: Would definitely recommend Henry and Richard to anyone looking to buy in a “hot” area like Hamps...
James: We first used Henry's Pocket Agent service in 2020. He was hugely helpful in a 'best and final' situ...
Henry and Rachel: We have just finished a remarkably stress-free buying experience with Henry and Rosie's expert help....
Tom: The chat with Henry was super useful. All the points he raised were really insightful and will hopef...
Amanda Whiteley: Just moved into our lovely property in Islington thanks to Henry and Rosie, without whom none of thi...
Jamie & Jess: We opted for Henry's bespoke buying service in 2021 having failed to progress past the offer stage w...
Rob and Jo: Henry did a great job of helping us navigate the search for a new home. He was very helpful in helpi...
Polina Nichiporova: We decided to use Henry’s pocket agent service following an advice from a friend and we were very ...
Miranda M: On the advice of a family member, I called Henry in March 2022 asking for help to purchase a propert...
Ross: What an absolute legend! Henry refused my money when offered for the quick check service and instead...
Andreas F: We recently made use of Henry's pocket service when buying a home. This was our second time buying, ...
Russell White: Henry's knowledge, experience and confidence throughout the transaction that we were involved in was...
Tobi: It was great for Henry to take the time and speak to me. As a first time buyer the market is very da...
Lee Koffman: Working with Henry has been a real pleasure. Not only did he introduce the perfect buyer for my clie...
Matt & Vero: Buying a house can be stressful and involve a lot of uncertainty so it's been fantastic to have prof...
Ebbi I.: Without Henry’s experience and wise advice I would have wasted a lot of time and money going down ...
A & J: Even though we knew what we wanted and where we wanted it and what our budget was, we decided to use...
Shamil: When I first called Henry I was surprised to not hear an automated message. Even more surprised when...