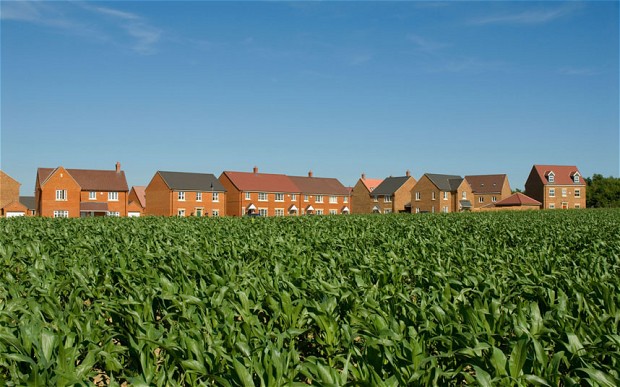 Solving the housing crisis in my sleep.

This week we can expect the Green Belt debate to come alive once again in the mainstream press as David Cameron alights on housing as one of the reasons he can be regarded as a man and not a mouse. The question was posed you may recall a couple of weeks ago by yesterday’s man Tim Yeo who bravely asked when everyone was out of the room if the PM could ‘man up’ over the issue of a third runway for Heathrow. Something that the PM, Deputy PM, the Transport Secretary, the coalition agreement and Uncle Tom Cobley have all said ‘no’ to!

The housing crisis is well documented – the debate has raged for years between those like me who see a powerful argument for and a painful solution to the need for many more homes to be built and groups like the National Trust, CPRE and the Telegraph who would all like the countryside and the Green Belt in particular installed in a snow globe and to become the subject of hymns like Jerusalem.

Providing housing for the hundreds of thousands who would like to rent or buy a property is actually accepted but all sides bar a few flat earth types who blame the problem on immigration. There have been endless initiatives to help & reams of reports into the problems and occasionally into possible solutions like building on ‘brown’ land, converting commercial premises or just tearing up planning rules. And still the debate rages.

That there is no ‘quick fix’ or easy answer is self-evident. Builders don’t want to undermine the value of their land banks or to have to sell their product for less, home owners don’t want to see their asset prices’ fall or their surroundings bulldozed & concreted over. If you’ve got the the front of the queue you’re not in a hurry to let someone else push in but like MCC membership, finding a home in the south east for many is going to be a case of ‘dead men’s shoes’.

In the small wee hours of the morning I do sometimes wonder to myself if we ought to follow John Major’s advice and go back to basics. I lie there dreaming that I’d like a house in Chelsea, I could give a plausible argument as to why I have ‘a right’ to have one – my family connections with the Royal Borough, my job, my friends etc.. (Many of the same arguments put forward by those who’d like some social housing in Notting Hill!) However, I can’t afford one just as tens of thousands can’t afford to live where they were born or grew up, where there job is or indeed just where they’d like to be.

Two or three hours from Chelsea there are hundreds of homes looking for occupiers, 3% of the national housing stock are empty, many have fallen in value by up to 50% since the peak of the housing bubble in 2008 and there’s space to build more, an appetite to actually do so and an enthusiastic welcome to people making the journey (don’t you just hate that word!). Instead of trying to satisfy demand by building more homes where most people don’t want them built why not encourage people to move to where there is excess accommodation and spend the billions instead on connecting them physically and electronically to the areas in the South East that they think they want to be closer to?

Being unable to afford to live in Chelsea may be natures way of telling me that I’m too poor. I deride the Animal Farm culture where everyone must be equal and all believe they are entitled to something just because their mother couldn’t keep her ankles crossed on a date! Muscling in on the people who already live in Sw3 and telling them to budge up isn’t going to work or win any friends. As the BBC’s controversial move to Salford has proved to many (including me), there is life outside the M25 albeit as the great Spock is reputed to have said “just not as we know it”. Maybe it’s time to stop trying to force a solution on everyone and accept that the answer lies elsewhere. Surely wealth is just as fair a way of deciding who can live where as any other metric devised to allocate homes in London and the South East?

And then I wake up.