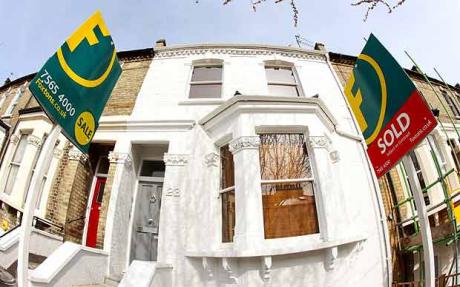 HM Land Registry published their monthly report today. First up was the scare that they had last years July figure wrong! In fact the nice spokesman at Land Reg confirmed that they had updated the figure which had been published last August as being £163,049. As a result the average value of a home in July 2012 had INcreased by 0.3% over the year.

Next, the sensational news was the huge increase in the volume of homes sold over £1m in May which across England & Wales was 107%. In London sales of homes over £2m leapt by 143% despite the changes that had been made to Stamp Duty Land Tax in the Budget.

There are huge differences across the country with price rises in London in the South East smoothing the falls that have been experienced in the North East. (As usual the BBC summarised this well with some expert comment!).

Last week the property website Rightmove published their monthly index of asking prices showing an annual rise in sellers expectations of 2%. The Land Registry Index which tracks actual sale prices confirms that in fact the average value of a home in England & Wales has ‘flat-lined’ at £162,900. This is a 0.8% increase on June (£161,777). It seems clear that sellers have been duped by the summer sunshine into asking more than they ought and it now seems inevitable that the many of those selling will have to reduce their asking price as up to 30% have already done.

The market remains extremely fragile with trading volumes confirmed by HMRC last week at just 74,000. In July 2007 there were 138,000 homes sold across the United Kingdom. Talk of some sort of Mansion Tax, changes to Stamp Duty Land Tax made in the Budget including the failure to renew the Stamp Duty ‘holiday’ for first time buyers when added to the  continued shortage of accessible, affordable mortgages all conspire to push the housing market towards the edge. Already, I believe that there are 2m people who are effectively prisoners in their own home, unable to move having lost the modest equity they had in their home and unable to raise the much larger deposits that lenders now demand.

Mortgages may have become more affordable of late but they don’t seem to be any more accessible.

The most expensive sale in May was of N012 Farm Street in Mayfair for over £28m. Meanwhile at the bottom of the housing ladder 341 properties sold for £85k.

With a quick stop to talk to BBC News I have now summarised the current data from Halifax, Rightmove, ONS, HMRC and Land Registry and leave you to decide what exactly it tells us.

2012-08-29
Previous Post: BBC Breakfast
Next Post: BBC News
Corona Clinic - Free 30 minute chat via Skype/FaceTime/Zoom or phone for anyone thinking of buying or selling, letting or renting during the Pandemic. See 'services' for more details or send an email to book a time. 😷