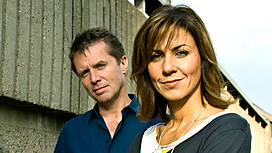 Whilst in Salford doing BBC Breakfast I get the rare but enjoyable chance to do something in the studio of BBC Radio 5 Live.
Usually I’m doing it ‘down the line’ from Tv Centre but being in MediaCity means I’m in the studio with the great Andy Verity and FiveLive Breakfast presenters Julia Bradbury and Nicky Campbell. The news today is dominated by sightings of a lion in Essex and by Richard Branson who is Skyping’ every one he knows from Necker Island to complain about the decission to award the West Coast train franchise to another company rather than Virgin Trains.
Fresh from doing telly, it seems I am henceforth to be known as ‘Flamboyant’ thanks to Julia!
Nicky starts by reading out a Tweet….
http://audioboo.fm/boos/935803-fivelive-breakfast-27th-august-2012
2012-08-27
Previous Post: Most homes for sale across the country are 30% over-priced
Next Post: BBC Breakfast
Corona Clinic - Free 30 minute chat via Skype/FaceTime/Zoom or phone for anyone thinking of buying or selling, letting or renting during the Pandemic. See 'services' for more details or send an email to book a time. 😷