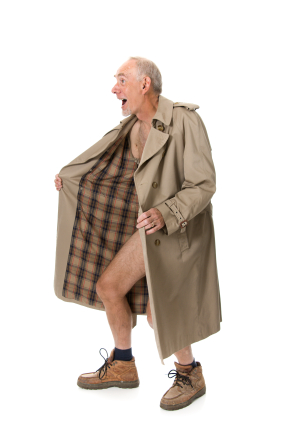 Would you want an estate agent to ‘open their kimono’?

As we all suspect, there’s a world of difference between what someone asks for a property and what it eventually sells for. Putting a property onto the market these days costs nothing and many obliging agents will flatter you with a full price. When it comes to what a buyer will offer however it’s usually a different story. The problem for buyers and for sellers is that this difference isn’t always easy to spot.

Most people feel in their bones that an asking price is what you quote, a sale price is what you get and the two are not often the same. But how can you be sure? Although they are different samples and their methodology is not the same the gap between the ‘average asking price’ quoted by Rightmove.co.uk each month and the ‘average sale price’ quoted by HM Land Registry makes for interesting reading. The spread between the two has been consistently rising for the past nine years (see graph) and currently stands at more than £83,000.

Nobody likes to appoint a depressed estate agent so selling agents are hard-wired to give a ‘glass-half-full’ view of the market. You want your agent to be optimistic, bullish perhaps even if in your heart you know that the market is not quite as frothy as it was in 2007.

No selling agent will brag about a sale when he achieves less than his asking price. Whilst the Land Registry helpfully publish the sale prices of most of the properties in England & Wales they don’t link it to the original asking price and although the big property portals like Primelocation.com have both asking & sale price they have historically found it difficult to marry the two up. They would also incur the wrath of the estate agents who pay to list on their sites. The idea of ‘opening their kimono’ as some might describe this kind of disclosure would frighten many an agent witless and having seen the performance of some I can tell you – it should!

However, the data is there and I have been working on matching the two together for the past five years. It’s not an exact science as postcodes contain a number of different properties and sometimes the same property is marketed by different agents – occasionally at different prices! But you can match up many and with it not only can you see who has driven the hardest bargain but you can also see which agents regularly get more or less than their guide.

Lonres.com who patrol the central London market like a basking shark recording the deals of the very top end of the market have checked their numbers for Prime Central London and in due course I will have the figures for the rest of England & Wales. Over the last six months Lonres found that in London 24% of sales achieved the full asking price, 12% achieved a premium (in one case as much as £4m!) but that 64% were agreed at below the guide, on average £37,838 lower. In one staggering instance a property actually sold for £5m less than the original asking price!

Some brands frequently get asking price or better. Conversely one often sees the same firms under shooting their guide. Vendors would do well to check this out since the price of picking the wrong agent in this fragile market can be costly. Your home can sit around and become one of the 30%+ of all properties for sale that Zoopla.co.uk reckons has had it’s asking price reduced already. Pick the right selling agent and you should be quids in.

2012-06-08
Previous Post: Blogging with TeAtrium
Next Post: Mervyn gives housing market the kiss of life.
Corona Clinic - Free 30 minute chat via Skype/FaceTime/Zoom or phone for anyone thinking of buying or selling, letting or renting during the Pandemic. See 'services' for more details or send an email to book a time. 😷