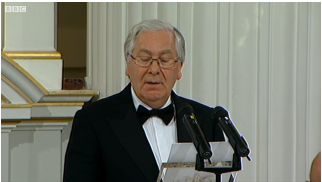 The announcement on Thursday night at the Mansion House that the Bank of England will make up to £80bn available to banks on condition that they lend it to consumers will have a direct impact on house prices.

People often think that house prices are based on supply & demand but in fact it is more complicated than that. They are based on the availability (or otherwise) of credit! Since the ‘Credit Crunch’ we have seen banks close their Tellers to many new borrowers as the hunkered down to rebuild their balance sheets. Those who were offered mortgages found that they were now far more expensive and that they were required to stump up much bigger deposits – typically 25%.

The prospect of being forced to re-lend the new money being offered by the Bank of England will mean that lending terms will slacken and loan to values will fall as banks fight for a share of the new money. Share prices in most of the major banks bounced upwards during Friday trading as brokers realised the size of the profits banks stand to make if they are forced to lend out up to £80bn.

Much of this £80bn will go in new mortgages. New borrowers will find lenders relaxing their demands for high deposits since few are able to raise the sums that were being demanded. In order to find new customers banks will lower their criteria and I expect to see many more 90% mortgage products in the coming months. With these freshly financed buyers will come a rise in prices as they are better able to compete for the limited stock that presently exists.

Just over £100bn worth of homes were sold in 2011 in England & Wales. Whilst prices in some areas are now down by more than 10% over the last 12 months this dramatic move will add as much as 3% to average house prices across the country which may be enough to lift values generally into positive territory over the next year.