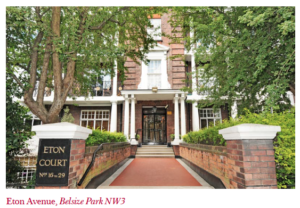 When the flat was first marketed last summer the guide price of £1.65m had produced a little interest. When we first viewed the property the selling agent had dropped the asking price to £1.5m, it was empty and on a cold February morning it struggled to offer a warm welcome. Having rejected our initial offer the selling agent ‘dressed’ the flat, renting some furniture which at least made it look like a home.

We had looked at it twice, sat down and sweated the numbers -we knew exactly what the flat was worth. We had looked at the historic data available from the big portals and the rich archive on Lonres.com, we knew what the vendor had paid for it back in 2007 and we knew what price similar properties had sold for. I had looked at what rent might be possible and from that worked out what sort of yield might we could expect. We could demonstrate that the flat was over-valued hence our apparent low offer.

Five weeks later and with little new interest a surgical negotiation resulted in an agreement. Deal done 21% below the original guide price. Then the fun began;-

A survey and valuation of the building all went like clockwork but recent changes demanded by the FSA resulted in a farcical two weeks when the whole deal was nearly wrecked by the demands of my clients mortgage lender, HSBC.

In short, although my client had a very good conveyancing lawyer all her work had to be checked by HSBC’s own legal team. This work had been sub-contracted to Countrywide, something that they seemed unprepared for and out of their depth with. Not to put too fine a point on it they were an absolute disaster!

Full marks go to the selling agents Kinleigh Folkard & Hayward who managed to keep the seller on side. I suspect that many weaker vendors would have tired of the insane demands made by Countrywide all of which they eventually back down on. The service level agreement stated by HSBC was smashed. My client had to make formal complaints before got the attention of Countrywide and had our lawyer not been patient, professional and retained a sense of humour then the deal would have fallen over on several occasions. (In due course you can read my client’s lawyers views and those of others who have experienced similar frustrations here).

In the end my clients have bought the flat they wanted and had first seen six months earlier for the price they were prepared to pay. The seller is able to move on, her agent has certainly earned his fee and I am left with the warm glow of once again proving that asking prices – even in London are just a guide to greed. I’m pleased that despite this four bedroom flat being a within a strong 5 iron shot of Regent’s Park  we secured it for £350k less than the original guide.

Not a bad advert for the merits of retaining the services of a buying agent although I appreciate that this one may be an acquired taste!