Do they think I am a complete fool?

Ok, don’t answer that. My question is actually directed at the optimistic (or should that be just plain greedy) vendors who at no cost to themselves ask an estate agent to waste everyone’s time by asking too much for their home?

As many on Twitter will know, I regularly post price reductions not, as some deluded folk think as an advert for a nice property but as an example of what happens if you get your guide price wrong. It’s a kind of name-and-shame exercise. The problem that many over ambitious owners have is that the internet now betrays their avarice and holds up their mistakes for all to see.

Now I appreciate that in many cases it’s not just the owner who is to blame. Many agents will ‘value-for-instruction’ and provide an inflated figure when pitching for the instruction. Sadly there are far too many sellers who pick an estate agent on a combination of low fees and high expectations of price so they often deserve each other. Ironically, estate agents can play just the same game as the short-sighted seller. It costs them nothing (except a bollocking in due course) to speculate on a high sale price. Once they have the instruction and often a six week sole agency agreement they can sweat the client and deliver a lower offer and yet still get paid for it. Those professional agents who gave objective advice at the outset may end up being proved right but they don’t get paid a fee for having been so.

These days there are a raft of web sites that canny buyers can use. Assuming that you’re not happy with just typing the address into Google and seeing archived listings of past sale attempts or scrolling through the Land Registry Sale data on www.NetHousePrices.com you could look at www.PropertySnake.co.uk which lists homes currently for sale with reduced prices. www.home.co.uk tells astute buyers how long homes are taking to sell and the wonderful www.globrix.com even allows you to set up email alerts for embarrassed agents now quoting price reductions. The World Wide Web indexes everything and even if you keep below the radar, web sites like www.Zoopla.co.uk will try and guess the value of your home.

Here’s a classic tale that potential sellers might heed. 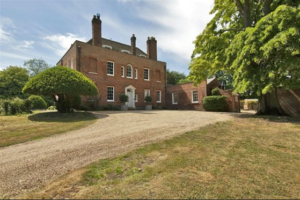 Last summer (2011) Strutt & Parker had the chance to privately market one of the most gorgeous houses in North Hertfordshire. Clothall House has all the ingredients – take a look at the advert if you’re unsure. But was the guide price of £3.75m they were instructed to quote ever realistic or did it just make the vendor and his advisors look foolish?

I had two possible clients whom it might have suited but I told each that I thought that the selling agent had spent too long in the summer sun. Now the agent may have fed the vendor’s expectations, the seller may not have sought any other advice but at the end of the day it was he who had instructed Strutt & Parker to quote the price they did and both have suffered as a result.

Six months later, with the original story of how the vendor was really relaxed… “only selling because he’s found another house to go to..” bla bla bla and Strutt & Parker have been sacked, two new agents have been instructed and a new guide price is being quoted. Savills and Churchills have stuck their professional reputations on the line and are now asking for offers around £3.495m but this is STILL too much in my view!

Unless they are able to find a buyer who has just landed at Tilbury off a banana boat or they stumble over the Richard Prior character from Brewster’s Millions this house is going to gather an unenviable if unjustifiable reputation. People will ask “that house was on the market last year, I wonder what’s wrong with it?”. In fact there’s nothing wrong with the house it’s just been  priced incorrectly and in this market, such a decision will be severely punished. An astute buyer (one of my clients!) would offer under £3m today and if it were a ‘forced sale’, I’d advice them to pay no more than £2.5m!

You only pay an estate agent if they do the business so many people will happily fly a kite and quote an ambitious price thinking it will cost them nothing. “I’ll only move if I get my price” may have worked in a bull market back in 2007 but these days it’s only the Candy brothers who have the marketing balls to pull that kind of thing off.