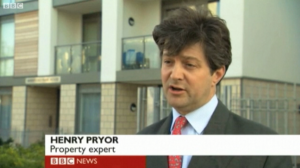 In amongst some excellent and innovative ideas in last years Housing Strategy was something that looked like it had been left in a draw in the Department for Communities and Local Government by it’s founder, the over-promoted John Prescott. Not to be confused with the similar sounding ‘FirstBuy‘ scheme the Dynamic Duo of Messrs Grant Shapps & Eric Pickles had found ‘NewBuy‘, a way of helping initially first time buyers of new build property to find the deposits that lenders have been reluctant to advance. Launched today, the scheme is now open to all buyers of new build property from all developers big or small.

It hasn’t been universally welcomed.

The Council of Mortgage Lenders has said that the scheme is there not to help people with poor credit but those who could afford the (record low) mortgage payments but who don’t have the necessary deposits that their members typically require. I’m guessing but perhaps the reason CML members require these high deposits is because (a) the Government has warned them about high loan-to-value products and (b) because they want a cushion should house prices fall.

In an interview on the Today Program the head of house builder Persimmon confirmed that they had queues of new buyers able to afford the repayments and plenty of sites on which to build. The problem was that buyers didn’t have the deposits that were needed.

Grant Shapps answer is to allow the tax payer to underwrite a higher loan-to-value mortgage staking the last 5.5% (after the buyers 5% and 3.5% from the house builder) to satisfy lenders that they are protected and thereby encourage builders that there will be people who are able to buy their expensive product.

House builders set their prices. It is in their commercial interest to ration new homes to help maintain prices. In other capitalist markets if buyers find that prices have risen too high then said prices have to fall. By intervening the Government is propping up prices and putting off the inevitable adjustment that must come sooner or later.

“Caveat Emptor” would be my advice to anyone thinking of buying a new build today using the NewBuy scheme. Residents of Hartlepool have seen house prices fall by 16%+ over the past year according to the Land Registry.

Let’s be clear, the scheme works so that IF the value of a property purchased under the scheme falls in value the first 5% lost is the buyers deposit. Lenders can the call upon the next 3.5% of any loss from the total pool of monies contributed for all the properties sold by house builders who participate in the scheme and only once these funds has been exhausted would the pax payer be called upon for the next 5.5% of any loss the lender has incurred.

However,  as Ian Cowie in the Telegraph blogs, you can’t buck a capitalist market. I applaud the fact that people are trying to come up with ways to help get more homes built but the commercial risks should be taken by commercial companies involved – in this case the lender and the builder and not be left for the tax payer. We’re still recovering from the last time clever people tried selling clever mortgages and look what a mess that resulted in!