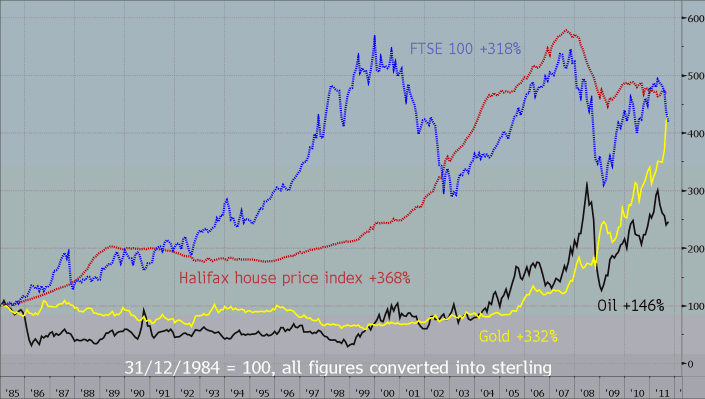 What do you think has happened to house prices?

This morning’s monthly charade that is the RICS ‘sentiment survey‘ is published with the collected views of about 250 Chartered Surveyors and what their gut says has happened to house prices in the past four weeks. Inspecting the sea-weed they have a punt at what the future may bring. Not very scientific!

Contrary to the impression I give I actually have considerable respect for the Royal Institution of Chartered Surveyors but I wish they would stop passing themselves off as estate agents. Very few are – in fact most are highly qualified individuals scattered across the world bringing high standards to the property profession. Most members would regard selling homes to be beneath them.

To no one’s great surprise in their release published on Tuesday morning RiCS confirms that the balance of those few surveyors who don’t think that nothing is going to change is marginally negative. Last months Halifax saw a modest fall in prices, the Nationwide inexplicably recorded a rise in prices whilst the Rightmove index of asking prices saw a significant fall of over 3% in November.

Most people would be forgiven for thinking that house prices have perhaps dipped a little but that is only because of The London Effect. As the table attached shows average prices outside the gated community of the M25 have dropped like Daybreak’s ratings. These are figures for average sold prices from the Land Registry gleaned from their web site.

Across England & Wales prices are typically 12% below their peak reached in January 2008 but this headline masks some real pain. Prices in Newcastle, home of Northern Rock are 17% lower. Peterborough is 20% down. Average house prices in Hartlepool are 30% below their peaks reached when  Credit Crunched.

Good news for the residents of the Royal Borough of Kensington & Chelsea though. Here prices have actually risen by 16% since 2008.

In case you are interested I also attach a graph that shows the gap between the average asking price (reported by Rightmove) and the average sale price (calculated by HM Land Registry). Sellers and their agents are becoming less and less realistic.

I suspect that the real story may be the fall in transactions. The attached graph shows the number of homes sold every month across the UK as recorded by HMRC since 2003. These transactions effect more than just estate agents. Plumbers, builders, removal companies, retailers in the High Street – all loosing out as less than half the number of homes sell this year than sold in 2006 and 2007.

Finally, because it amuses me I also attach a Bloomberg graph showing the performance of property, the FTSE, oil and gold since 1985. Perhaps you can guess what would have been the best asset to own over the past 25 years although most people only win if you’d bought in 2007.

Over Christmas and New Year we traditionally take stock of the housing market, what has happened in the past year and look at the tea leaves for 2012. If you ignore London then it would be fair to say that the housing market is in a pretty perilous state. With little change anticipated to lending criteria and most loans unaffordable to all but those who don’t need them the outlook is bleak. Government announcements last month to help the building industry by offering vulnerable 1st time buyers help may please the shareholders of construction companies but if you had taken up one of these ill-conceived offers and bought a home in most parts of the UK four years ago you’d now be in negative equity. Worth a thought when you find a housing charity rattling a tin in the High Street in the next couple of weeks.