The National Housing Strategy – a curates egg of a policy – good in parts. 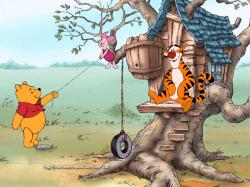 Publication this morning of the Governments’ long-awaited Housing Strategy for England came too late for the bouncing Tigger of a Housing Minister, Mr Grant Shapps. He had already been monopolising the airwaves with a succession of interviews from TV Centre – for national television, breakfast radio programs and for most of the nations local radio stations it seemed! Only he could hint at what his plans were since they weren’t actually published until 9.30am but they sounded exciting and typically they were going to be great news.

In the foreword from David Cameron and Nick Clegg we can now read that unlike previous administrations this one believes in decisions “for the long term, not for the right headline; that always acted in Britain’s national interest”. Whilst there is much in this document that will cheer house builders, certain elements of refreshing common sense there are elements that beggar belief!

The foreword talks of a “lack of confidence” being “visable in derelict building sites and endless For Sale boards.” Except that there are now fewer homes for sale than at any time in the past 18 months. I calculate there are around 820,000 individual homes for sale in the UK against a long term average of a million. I expect to see tomorrow (Tuesday) these are selling at the rate of around 65,000 a month which to be fair is a lot less than usual (average 103,000) but is proportionally about right. Fewer homes are coming to market and fewer are selling. Put your house on the market today and you have about a 7% chance of selling it in the first month and only about a 37% chance if you leave it on the market for a year!

This is not because builders can’t build, nor is it because wealthy individuals like Bob Crow are still occupying the council house they got years ago when they couldn’t afford a home. It’s because people can’t afford the deposits required by lenders to pay the asking prices sellers seek. Today’s Rightmove survey confirms that average asking prices in England & Wales fell 3.2% last month but they are still 1.2% higher than a year ago! Pretty much where they were at the peak in 2008. Sale prices by contrast are over 10% below their peak that same year.

What is the market doing to take account of this? Like nature it is adapting. As Darwin predicted like the markets ‘life finds a way’. Prices will fall until buyers can afford the combination of deposit and mortgage repayments that lenders demand. Like Spain, Ireland, the USA and many other parts of the world, prices in the UK will tumble. Like they have in Hartlepool in the past year (down 18.3%) or like they have in Bridgend (down 9.6%). It is going to come as news to some within the Gated Community in the M25 but house prices can fall. They are not a one way bet supported by international buyers or irrational City salaries.

If you had bought a new house 12 months ago in Middlesborough on a 90% loan-to-value mortgage such as the Government is proposing today then the stats say you would now be in negative equity. Congratulations, how does it feel?

Plans to help house builders navigate less red tape by making planning simpler (not the same as making it easier by the way!), of helping bring some of the nations 700,000+ empty homes back into use and fantastic plans to make it easier and to encourage private sector investment in the private rented sector are all to be welcomed.

However, repetitively few people will benefit directly from the tax payer backed guarantees that the Government are rashly offering some house builders as an incentive. I suspect that most buyers who are foolish enough to take up these offers will live to regret it as they find themselves in negative equity in the next twelve months.