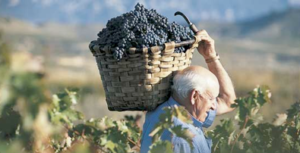 “People are no longer worried about what sort of return they can get on their money, many are worried about preserving the money they have got.”

This was the stark message I was given by a City analyst at the end of last week as fiscal riots ran through the markets and the main indices across the world bounced around like the contents of Jordans jumper. Investors couldn’t decide where to stash their cash – gilts, bonds, gold seemed popular of course but my suggestion of ‘what about good old bricks & mortar’ was lost like a fart in a storm. In a perverse way some even seemed to get off on the panic, like voyeurs watching looters in a JD Sports shop the commentators wrung their hands and tried to make sense of the incomprehensible.

Those who have been on holiday for the past few weeks will return to find life is very different. England is the Nº1 Test nation and whilst that minor miracle has been taking shape the streets resembled a Mad Max set for four nights and the financial markets look very similar to how they did in August 2007 – just as people started to queue up outside Northern Rock offices. Without a Blackberry or access to the BBC News Channel coming back with a tan will look spectacularly stupid! Even Boris Johnson worked out that what was happening was something worth breaking a holiday for!

So as we start the autumn the chances of a physical or financial mugging seem rather worryingly high. Property we know is an illiquid asset, it is expensive to transact with Stamp Duty, fees and maintenance costs in addition to the cost of getting an income from your property – more fees for letting and managing a tenancy, voids, funding… the list of outgoings can appear off-putting – and all for the sake of a pitiful 4% gross yield at present!

In fact there are places you can do much better than 4% I’m told. My old friend Stuart Law at Assetz wouldn’t get out of bed for much less than 8% net. But if you are looking in the primary areas – central London, Cambridge, Bristol for example then you will be hard pressed to get a net return that would buy a good lunch. Agents in these pimped markets tell me “you have to factor in the prospect of capital growth Henry” but they look at their shoes in embarrassment if you ask if they are guaranteeing capital growth. “Are you putting your Professional Indemnity Insurance behind that statement?” I ask – a question you seem not to be encouraged to ask. “In all my years I have never known property in London/Cambridge/Bristol (delete as appropriate) not appreciate in the long term” say the bull-shitting, commission-driven spivs! So that’ll be a ‘no’ then!

However, I may just be doing these lovable barrow-boys a dis-service. As my jumpy City friend was explaining last week, 4% gross when borrowing is officially at 0.5% looks attractive. 4% gross ain’t bad when you consider what happened to equities this month. Where else could a suspect North African with a bank account of questionable commission fees park his ill-gotten gains? He’s done well to slip out of where ever it was he made his money without loosing a large chunk of it – the new democratic rulers always seem so suspicious of someone who made a mint while they were being trodden into the ground by his mate – the then PM. If our investor were to over-pay by 20% for a nice property in London it’s maybe better than loosing a load more to the new unforgiving regime!

But where else could you invest £1m? Inflation is supposed to be around 5% so in theory you need more than that just to stand still. Up to £100k is all that is protected if you pop it in a High Street bank if the bank goes wrong. Shares seem to be on the slide. Bank debt has been transferred to Sovereign debt and we are now waiting to see if Governments can front up the speculators any better than the banks did. Norman Lamont’s in experience in September 1992 doesn’t bode well!

While we wait to see if or perhaps when the Euro unravels, gold has become the unofficial global reserve currency of choice but some think it has topped out. What else could you invest money in with some confidence you might get the bulk of it back? Property has at least one redeeming feature – you could live in it!

The choice is not that great. National Savings Income Bonds offer 1.75% gross on investments up to £1m and the whole lot is guaranteed by the Government. Uk Government bonds offer 2.24%. 10 year gilts in London last week were are offering 2.5%. A Post Office online saver will give you 3% on sums up to £2m. Then we start to get into products that have some risk. Just as the capital value of the property you buy could fall thus shredding the miserly 4% yield so it can happen with shares – even those in blue chip companies. Barclays Bank shares for example are down over 52% so far this year!

We all know that gold has been a great punt but according to Berry Bros, wine hasn’t done too badly either Lafite Rothschild has been so popular for instance that demand for the estates Second Wine, Carruades de Lafite 2005 now trades around £2500 per case – up from the selling price when it was released in June 2006 of £400 a box. Indeed the Liv-ex Fine Wine index is currently at 359.01. It only broke 200 back in April 2007.

So, whilst remain certain that a 4% return on a property is derisory in the current climate it is easy to see why some investors are persuaded by the sales patter of agents talking about ‘increasing capital values’. If values do rise then 4% yields will have been pain worth taking but while there are so many who think we are going to hell in a handcart, I prefer my clients to only buy when they can smell blood in the water. If anyone is going to loose money it should always be the other guy! After all, depending on when he bought the chances are he has a profit that will accommodate his perceived loss.

“You don’t make money when you sell, you make money when you buy cheap”. So say the property sages, those who made money in the 70’s, 80’s and 2000’s. However, in this market holding cash has a value itself. If you have money in the bank you can always jump in when you see a real bargain. In the coming weeks there will be many who can’t hold their nerve. Opportunities will present themselves and some will be even cheaper if you can move quickly. Don’t undervalue the value of having cash to invest – it’s worth 2% on top of of whatever else you can get!